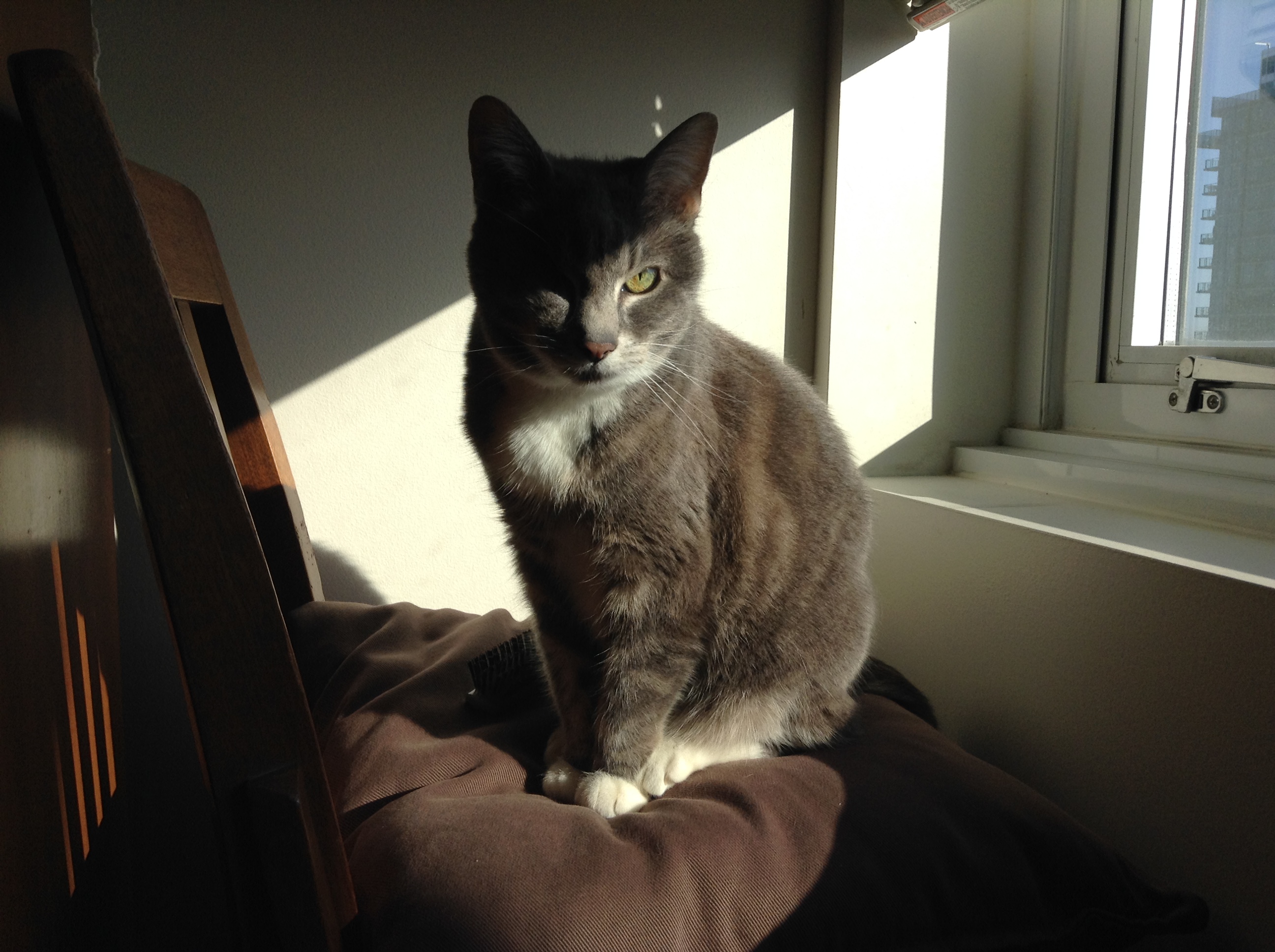 Robert Horton is a member of the National Society of Film Critics and was a longtime film critic for Seattle Weekly, the Everett Herald, and Film Comment. He teaches at Seattle Film Institute and in 2016 enjoyed a Fulbright Specialist visit to Romania. His books include Frankenstein (Columbia University Press) and Billy Wilder: Interviews (University Press of Mississippi) as well as the zombie-Western graphic novel Rotten (Moonstone Books).  In 2014 he ended a 10-year run as the curator of the Magic Lantern film-discussion program at the Frye Art Museum. He blogs on movies at The Crop Duster (https://roberthorton.wordpress.com); his Twitter handle is @citizenhorton. In 2012 he curated the Museum of History & Industry’s “Celluloid Seattle: A City at the Movies” exhibit. In recent years he has served on critics’ juries in Odesa, Ljubljana, Mannheim-Heidelberg, and Brooklyn. 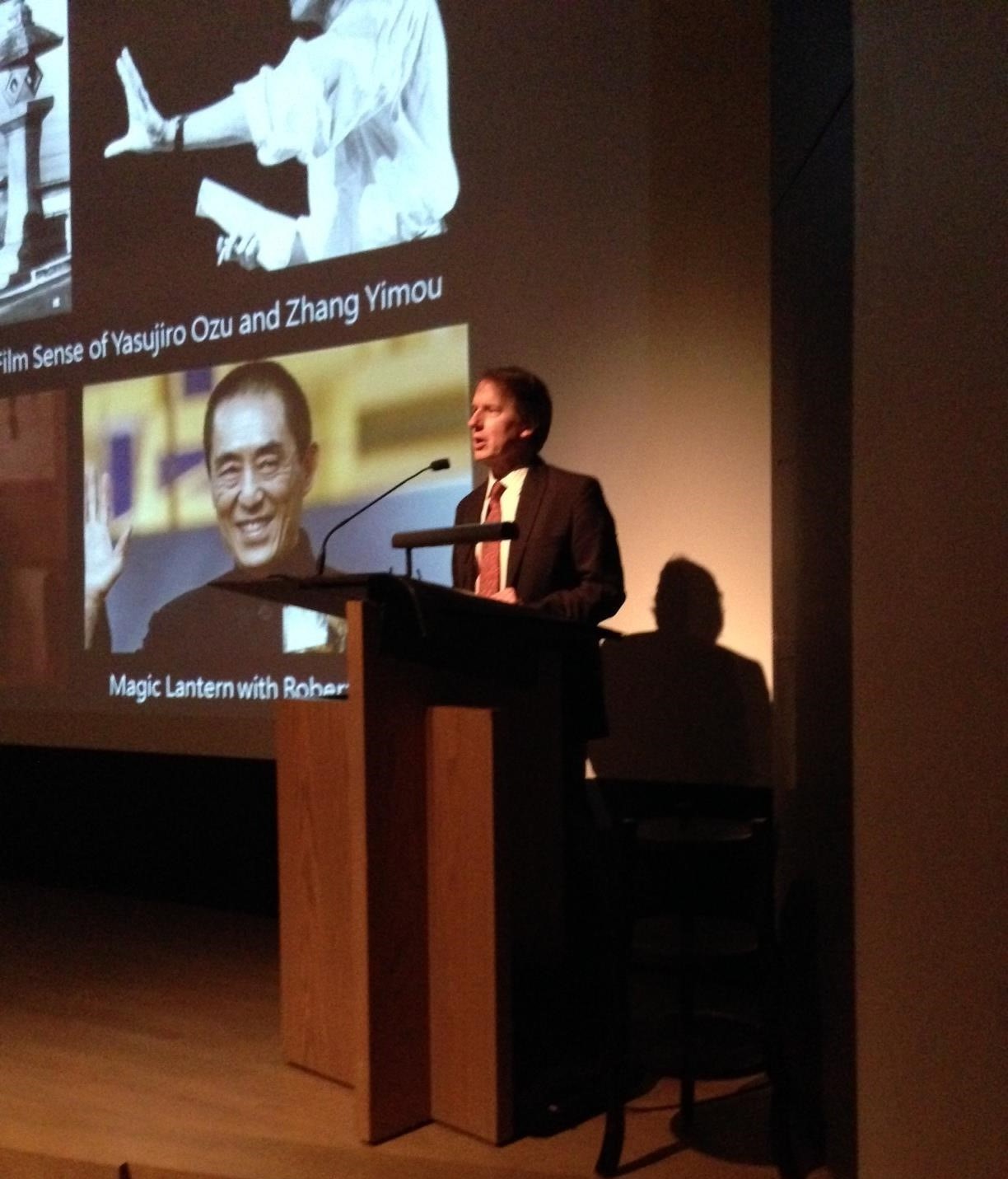 OB: What is your daily routine these days? What is the highlight of your life in quarantine?

RH: I’m strict about keeping regular sleeping hours, but that’s been true for many years, because as a self-employed person I have to arrange my own time. So each day I work on writing, answer emails, take a walk, cook meals. My wife and I do a New York Times puzzle together every day, and started German lessons online. We usually watch a movie in the evening. So far the highlight has been cataloguing my DVD collection on a spreadsheet—another activity my wife and I could do together!

OB: Do you ever feel trapped between the walls of your home and if so, what do you do to   overcome these difficult moments?

RH: We live in a small apartment with our cat, so it is definitely too small at times. I rely on walking, and if I need to sit quietly and read or write (my wife works from home), I sometimes go to the “spare room,” which is my car parked on the street.

OB: Have you started a new project under quarantine, or are you doing any other “deep work”, such as finishing an old manuscript?

RH: I am going to publish a novel on Kindle, which I wrote during the last year, and I’m trying out some different kinds of writing as well.

OB: What has become essential for you now?

OB: You are a regular contributor to the Scarecrow Video Blog. Have films and the film community remained essential? What do you do to keep connected to your peers?

RH: I volunteer my contributions because I want to help keep Scarecrow in people’s minds. It is also a way for me to keep my voice on film active, during a time when theaters are closed. I also support the idea of the movies that are “opening” online, with distributors sharing some of the revenue with shuttered local theaters such as the Grand Illusion, Northwest Film Forum, SIFF, and even Scarecrow itself. I am also helping organize a project with the website Parallax View, which will gather past writings of Seattle film critics.

OB: You are also a Board Member of Scarecrow Video, our beloved Seattle-based video store that is in fact the largest independent video store in the country. Their collection has more than 120, 000 individual titles, among which quite an impressive selection of Romanian Films. This is the largest library of videos in the world. Just like all video stores pushed out of business by Amazon and Netflix, they had a rough time before becoming a non-profit initiative. How are things going now and what can the cinephile community do to raise awareness of their important mission and help them navigate through this crisis?

RH: They are still having a rough time, and of course the pandemic has made things worse. One way to re-frame our thinking about a place like Scarecrow in this age of streaming is to re-articulate the importance of physical media. We should all be skeptical about a world where content exists only in a cloud or online, which raises serious questions about who is controlling information, and how certain movies, or books, or history, can be made to vanish if it suits the purposes of the powerful. At Scarecrow we are maintaining the educational component of the place itself; in the last two years I have organized “Scarecrow Academy,” which is a series of screening-discussion sessions. 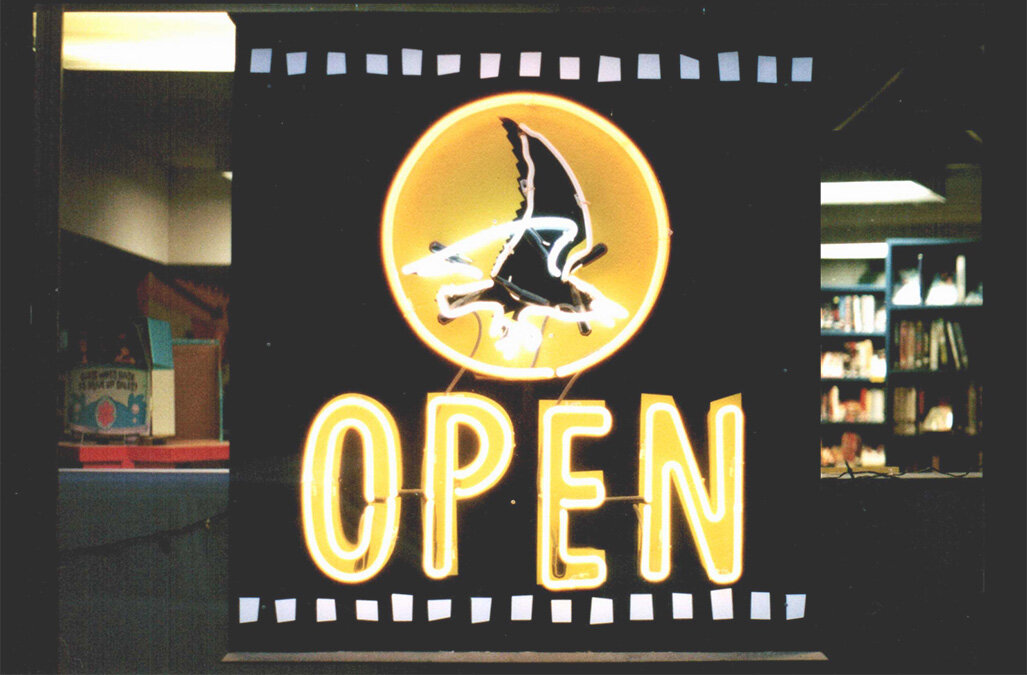 OB: There is a lot of pressure to be present online, either as an organizer of virtual events, or as a participant.  What do you make of this new daily reality? Have you been trying to resist it?

RH: I am never sure where the line is with this. On the one hand, I have used Zoom in recent weeks to attend a birthday party, have a professional meeting (part of the purpose of which was to make sure I knew the basics of Zoom for remote-teaching this summer), and to talk to family. It seems reasonable to embrace something new if it is useful. On the other hand, I don’t own a smartphone, because I seem to be able to live the kind of life I want to live without one, and I have no desire to be available to everyone always. In that sense, I guess I’ve been resisting for a while! But I am easily drawn into Facebook and Twitter, and I question the value of those, even though I feel I need them for my career.

OB: After the first wave of film festival cancellations, the ones scheduled at the end of summer or in the fall have a hard call to make: go online or postpone for 2021? The Romanian Film Festival is in the same situation. A recent article in Indie Wire was pointing out to the importance of thinking through this process in order to protect filmmakers, before saving film festivals that might rebound next year. We all know the red carpet won’t be as red if the film ages one year, and especially if it was previously shown online. What are your thoughts about this conundrum, as a film critic who knows the value of novelty, synchronicity and perfect timing that regulate the film industry worldwide.

RH: To go completely online does take away some of the luster of the festival experience. I think an online festival, as a (hopefully) one-time-only placeholder, is not a bad thing. It gets movies out, and it may even create a sense of community, in the way people are making the best out of a bad situation. That “sense of community” can never really replace the real thing, of meeting people and watching movies in the same room, but it can work, especially for smaller festivals. I doubt that it would work for bigger events such as Cannes or Venice.

OB: You visited Romania in 2016 as Fulbright Specialist. Can you tell us a bit about that experience? What attracted you to that part of the world? Has it influenced your work in any ways afterwards?

RH: The Romanian New Wave, and then being in contact with folks at the Romanian Film Festival, made me interested in a possible Fulbright visit to Romania. My main impressions include the generosity and warmth of the people I met, and also perhaps the weight of history and how it manifests itself in a place. I spent a week in Constanta and two weeks in Iasi, talking about various subjects in cinema (also participating in the Shakespeare conference in Iasi). One night I had a beer with Florin Lăzărescu, the screenwriter of AFERIM!, who told me an enormous amount about the film and literary worlds of Romania. I can’t really measure how it has influenced me – I always feel like these things affect me in ways more general than specific. 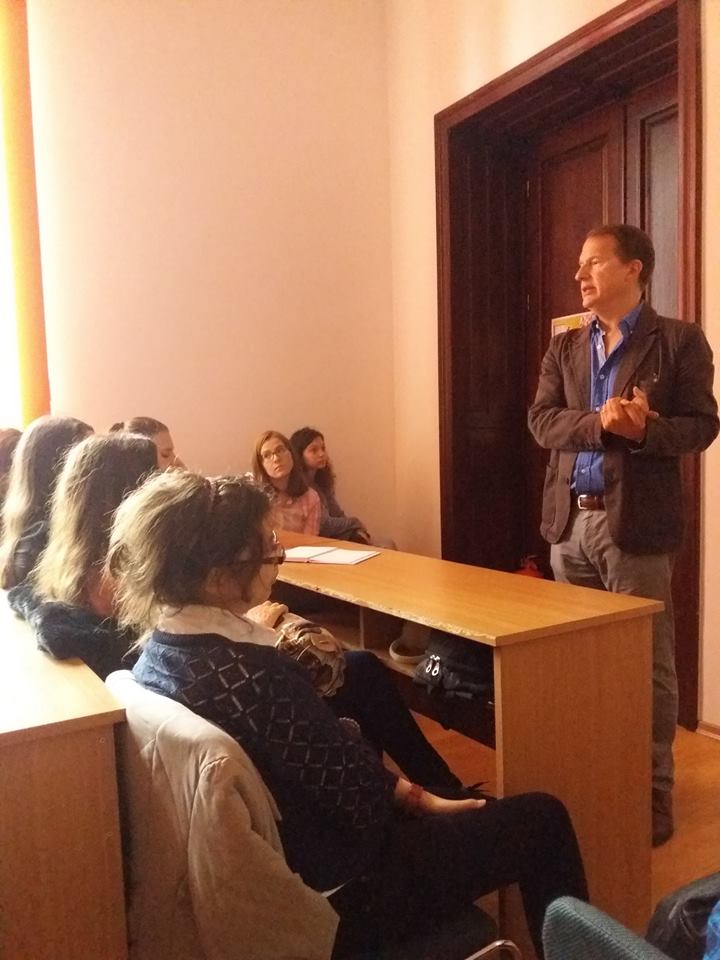 OB: Besides this bond with Romania, you have been our special guest at the Romanian Film Festival in Seattle, and you wrote about Romanian films- your article on Radu Jude’s “Aferim!” in the Film Comment is quite revelatory. In what ways is our work important for the local community of cinephiles, especially in relation to bigger arts and film organizations, such as Seattle International Film Festival and Northwest Film Forum? Do we bring anything new or valuable to the table? Are so-called “ethnic” and “heritage” organizations- for lack of better labels– an important piece of the puzzle that makes our local cultural scene?

RH: I believe strongly in the importance of cultural organizations like this, I really do. The Romanian Film Festival allows for a greater variety of films to be seen, beyond just the one or two that have gotten noticed by cultural gatekeepers. Sometimes the foreign films that we see in the US tend to be festival winners, but we don’t always see movies that are popular in their native countries (“just good movies,” in a way), which can be revealing about what’s on people’s minds in other places. Also, there are specific subjects and styles that become distinctive to certain places. The more we get to see those distinct styles, the less “monoculture” we have. And you can never predict how the exhibition of undistributed films will affect people – you may be touching people and winning over fans in ways you can’t imagine. 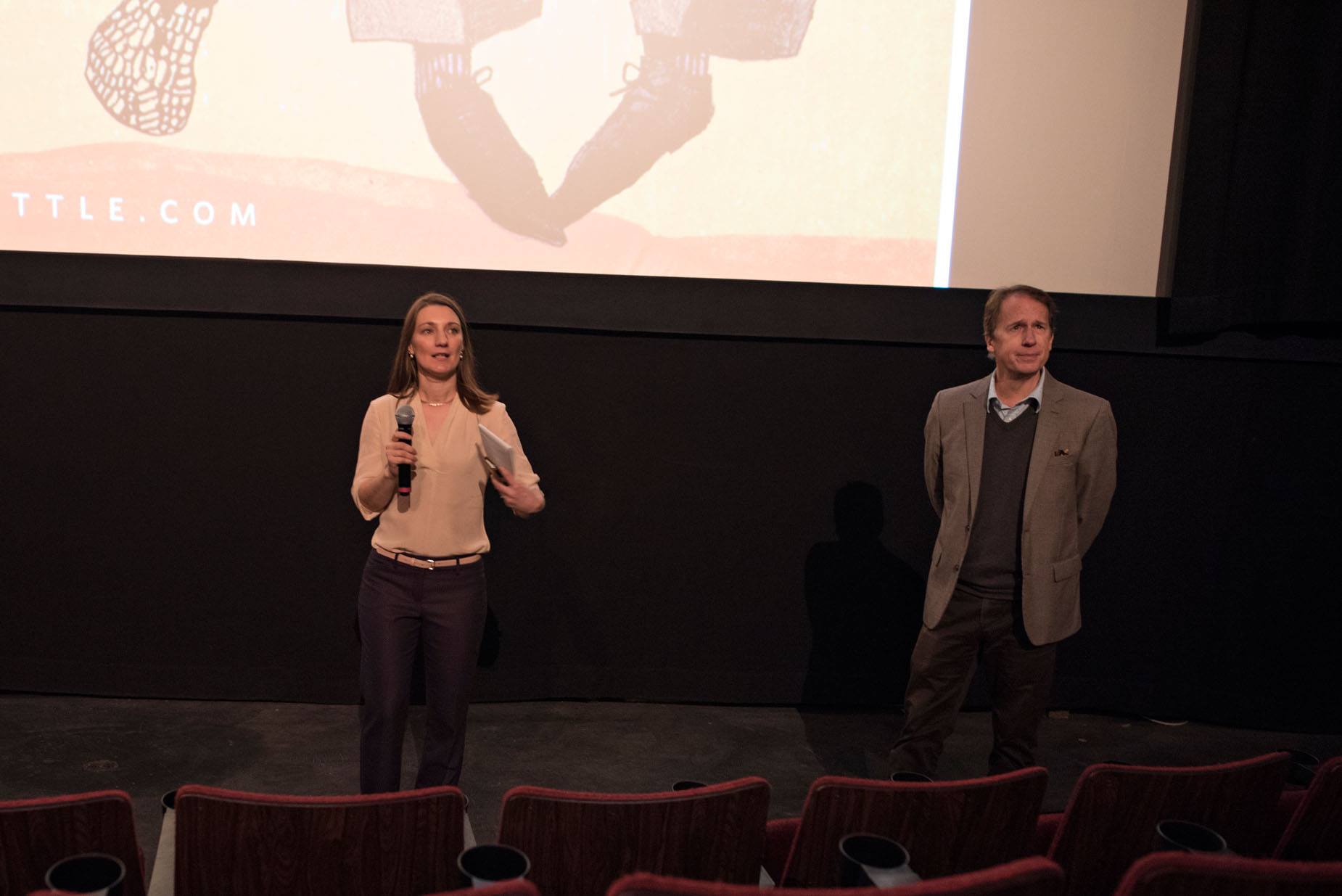 3) A Pic from Robert's Daily Walks;

5) Robert Horton in Iași, with students from "Al.I.Cuza University, in Romania;

6) Robert Horton at the Romanian Film Festival in 2017, with ARCS Board Member Gloria Man.