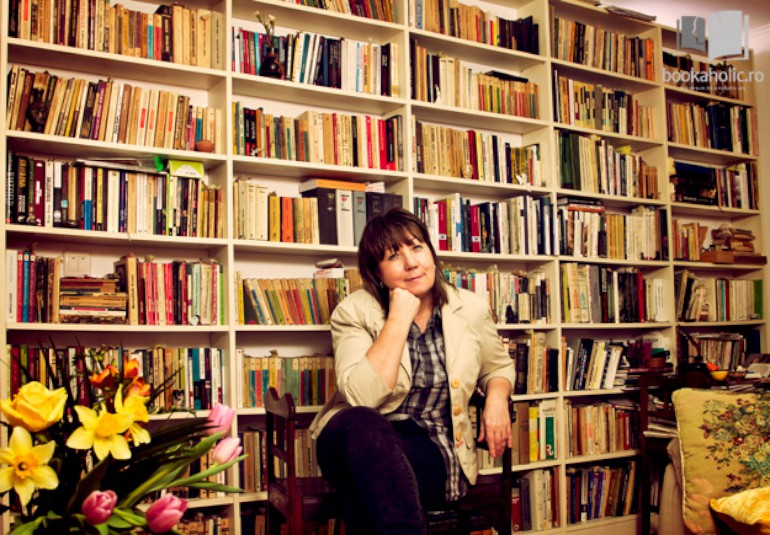 Doina Ruști is an author of several award winning novels such as Zogru (2006), The Ghost in the Mill (2008), The Little Red Man (2012), Lizoanca at the Age of Eleven (2013), The Phanariot Manuscript (2015), and The Book of Perilous Dishes (2017). Translated into French, Italian, German, and Spanish, they are still waiting for their English version. Her most recent novel, Homeric, is a bestseller in Romania.

She was interviewed for "Stories OFF the Wall: Quarantine Writings and Interviews" by Ileana Marin. 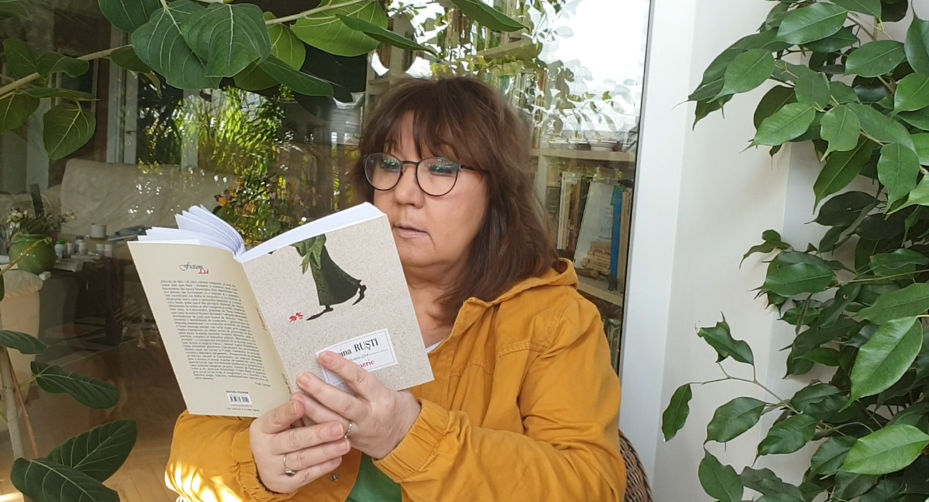 IM: How are you spending time during the pandemic?

DR: Teaching online courses, working on the online journal EIGHT REASONS, and writing on my new novel I just started. So, in a word, writing.

IM: What are you writing?

DR: I'm writing a novel about beds, clearly in a fantastic register. I won't share more...

IM: I've learned that a British press is going to publish one of your works in English. Could you tell me which novel will that be? Was it you who had a say in their selection?

DR: My novel The Book of Perilous Dishes [Mâța Vineri] will be soon published in London. One literary agency, specialized in fantasy, chose it after I made several proposals.

IM: What's the novel about?

DR: It is about a witch workbook of a small little witch who lost her parents.

IM: Do you think that Romanian literature has become more visible on the world literature map in recent years?

DR: There are some who pretend to be writers without having written anything but because they introduce themselves as writers and succeed in being convincing, the others take their word for it and treat them as writers. This is how it also goes with literature: a literature needs to convince others that it is a corpus of texts. Romanian literature, unfortunately, doesn't have a business card. Romanian writers do not support one another's efforts.

IM: I admit that when I read your novel The Ghost in the Mill [Fantoma din moară] I was thinking what a challenge it would be for a translator. On my copy that I left in Constanta I put down English equivalents for some words and phrases. Has anybody taken up its translation into English?

DR: The Ghost in the Mill is my major novel. It is a story about communism and betrayal, as well as about the terrible aftermath, the trials that follow no rules. At the same time, it is a fantastic novel about a ghost that is haunting an abandoned mill.

This is the also the unluckiest novel of my work. It has been translated only into German. It is very difficult to find a translator for English. The very few translators are booked for many years. On top of everything else, for fiction, the translator has to be native speaker. It is even harder to find a publisher or an agent.

IM: How have you collaborated so far with your translators into Italian, French, and German?

DR: I have been lucky having great translators. For example, Roberto Merlo translated me into Italian. He is a linguist and professor at the University of Torino; he is extremely talented. In the case of fiction, the translator's talent is more important than how well he masters Romanian grammar. Consequently, we did not have much to talk about. Another brilliant translator is Roland Erb, German writer and editor, translator of Romanian classical literature. Eva Wemme, who translated The Ghost in the Mill, is a playwright who knows a lot about the period. She had only one question: what an ARO was. If you remember, it was the car produced during Ceausescu's era, not many young Romanians have any idea that it existed. I have to mention Enrique Nogueras, a good friend, a poet, and a professor of medieval Romance languages at the University of Granada, who translated other novels of mine. I have learned something about writing from each of my translators... from Jan Cornelius who has a refined understanding of images, as well as from James Ch. Brown, who asked me to add a couple of paragraphs in The Book of Perilous Dishes, explaining that in English the episode about Henri Dubois' disappearance was not quite clear.

IM: Which are the most frequent difficulties when it comes to translating your books?

DR: Mostly the vocabulary I'm using challenges my translators. A substantial excerpt from The Phanariot Manuscript[Manuscrisul fanariot], a text quite difficult for translators, sounds very well in English, I was told. It was translated by Liana Grama, a Romanian translator who usually translates from English into Romanian. The excerpt was published in “Trafika Europe” (8/2016).

IM: Which of your novels enjoyed the most success in translation?

DR: Translation is a sort of lottery; it depends on chance. Neither the writer, nor the editors know what they would see in the end, because to translate means to actually produce a new version, a new work. Among my books, Lizoanca and The Book of Perilous Dishes have had the best reviews and sold most copies. The Hungarian version of The Book of Perilous Dishes received an important prize for translation, and in China, Spain, and Germany I participated in several readings and events in connection to this novel. Lizoanca had great reviews in major newspapers in Mexico, Spain, Italy, and Hungary, while in Germany it was introduced in public libraries. I was invited to give readings in theatres, halls, at book festivals (Leipzig, Frankfurt), other events, including the meeting with my readers at the "H. Heine" Institute in Düsseldorf which took place even before the novel was recommended for the German National Library. I was also invited by a German Senator to a reading in Berlin. The topic of Lizoanca is very powerful and stirred interest in the protagonists.

IM: Do you have any relation with your readers in other languages?

DR: I did meet with my readers abroad. Some wrote to me. I also received an email from a Turkish student who read excerpts translated from The Phanariot Manuscript in a literary journal. It was about 18th century Istanbul. She shared with me the emotion she experienced when she read my vision of her native city. I was flattered. That meant that the translation is very good. I also have faithful readers, among whom one from Vienna, who shows up at all my events in Europe. Both famous and ordinary people read me. In Torino, someone called me using the name of one of my characters: Zogru. He read the book and wanted to meet me.

IM: Thank you, Doina, for sharing your thoughts about your work, translation, readers all over the world, with the ARCS community and those interested in Eastern European culture on the West coast of the US.