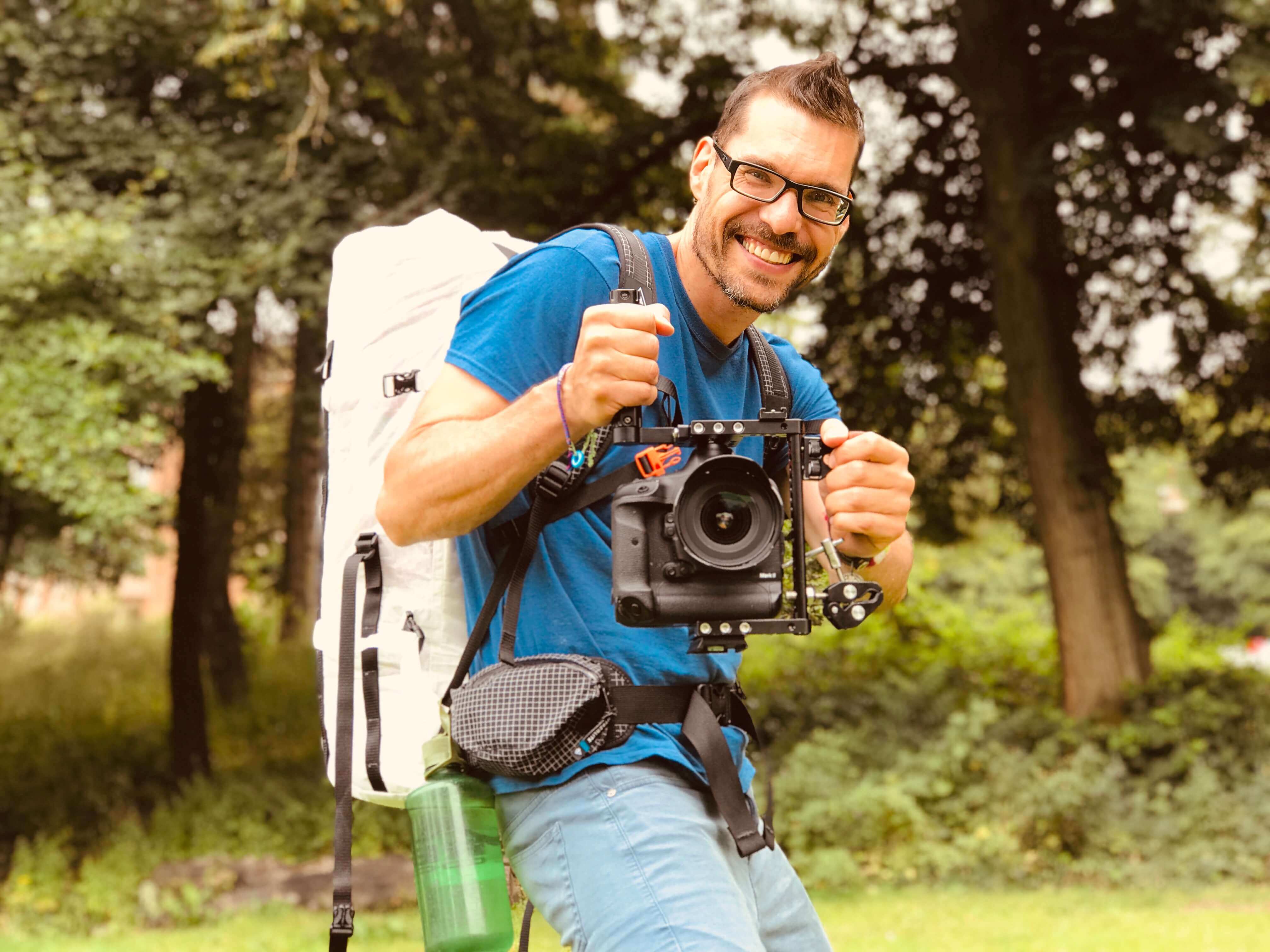 Producer, film director and storyteller Bogdan Darev moved to Seattle from Bulgaria 25 years ago. He is still very connected to his heritage and recognizes the role of film in preserving and celebrating cultures across the globe. His most recent documentary film endeavor "Kaval Park" is far from about and for Bulgarians only, but an important document of authenticity for all cultures. In addition to documentary films, Bogdan continues to express himself in music videos, photography,  and literature. His most recent project is the virtual platform FILMABEE, a curated boutique experience for movies, art and culture.

Bogdan was interviewed by Otilia Baraboi

O.B. How has the pandemic impacted your daily routine and artistic process?

B.D. The pandemic forced me to finally find the time for yoga, meditation, writing and taking care of my mental health. All of my freelance work dried up overnight so I stayed home and suddenly found myself carrying a lot less stress. I decided to teach myself web design instead of waiting for funding to hire designers and programmers, and on May 24th, with the help of a friend, we launched www.filmabee.com  - a curated boutique experience for movies, art and culture. I also focused on finishing my first novel which started as a screenplay a decade ago. This level of inspired productivity would be hard if it wasn't for my passion to connect to human kind through cinema. The pandemic only motivated me to press onward. While I stayed informed, limiting drastically any exposure to social media gave me a peace of mind.

O.B. Tell us a bit about your new project FILMABEE, how is it different from other streaming platforms and sites? At a time when we are starting to talk about „streaming wars”, why should our audience choose this experience over the many others out there?

B.D. FILMABEE started from an act of kindness. And from a direct connection with the audience of my film "There." In 2019 we toured 18 cities in the USA with the film. After our third city, San Francisco, the audience wanted to know where they can buy the poetry book by the poet featured in the film. I called him up - he was in his mid 70s, and he said he had a few copies he could mail overseas. I smiled on the other side of the phone and asked him for permission to republish his poetry. We agreed that 70% of all proceeds would go to him. That summer I took a check to him for nearly 800 dollars and presented him with his republished poetry book signed by audiences from all over the USA. He was so moved that he dug out from the attic more poetry and used the money to publish his second book. Both will be available through our shop soon. 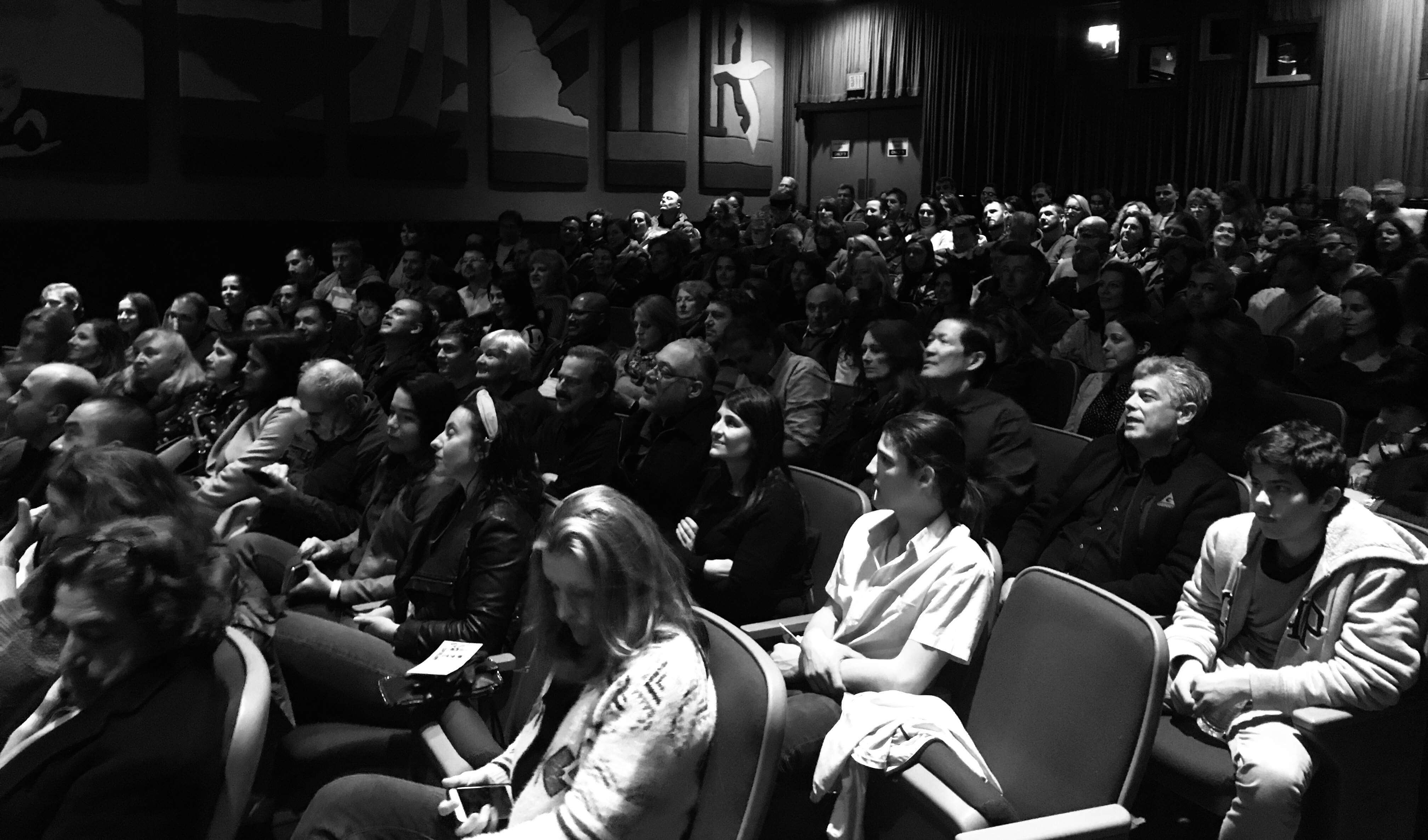 This experience changed me profoundly. The gesture and support of the audience moved me deeply. That's how FILMABEE was born. Out of giving. As cliché as it sounds, the idea is that "beauty is in the eye of the Beholder", so guests to the site can name the price they pay for a movie, and eventually items in the shop. We're completely transparent and show you where the money goes - anywhere between 70% and 90% go to the filmmakers, writers, arts organizations and artists. For example, the Bulgarian Cultural and Heritage Center of Seattle, who produced the movie "This Baba," are donating 80% of all proceeds to the main character – Penka, a retired former teacher and Bulgarian grandma in her late seventies living in America.

The site is modeled after a magical being - the bee. I figured we couldn't go wrong with such an approach. The idea here is that we all bring our own audience to the collective so, naturally, we all benefit from a cross-cultural pollination.

Lastly, all of our content is curated to give you a one-of-a-kind boutique experience centered around the triad - explore, create & inspire. We realize time is a commodity so we will always honor your time focusing on quality over quantity. Our goal is to make FILMABEE a destination where you get to have some fun, while pondering on the bigger questions in life.

O.B. You presented two of your films „This Baba” and „There” at the Romanian Film Festival in Seattle. FILMABEE hosts a selection of Romanian and East European films curated by the festival. Can you comment on this partnership? How has it been received by the Bulgarian community? 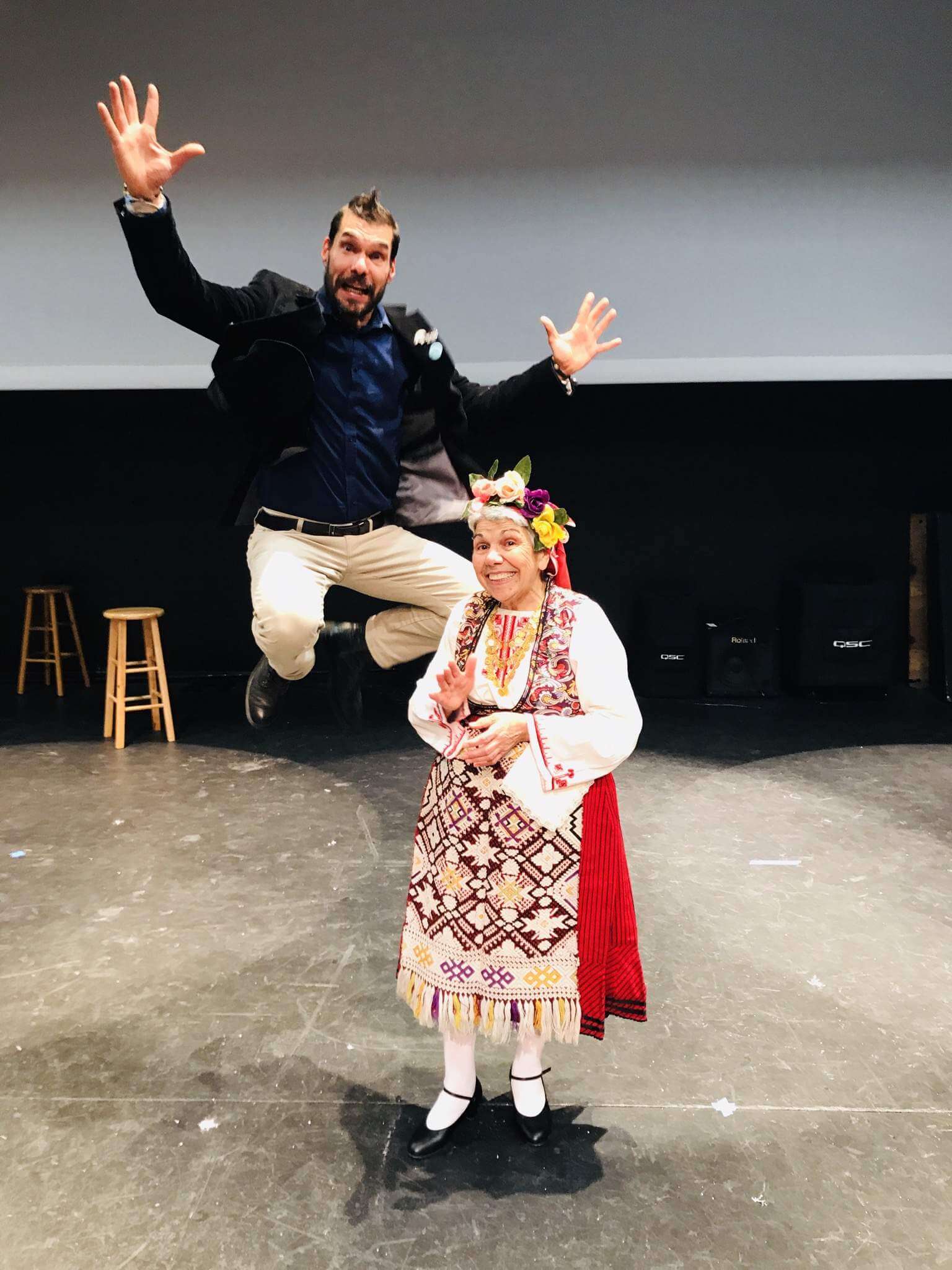 B.D. Since the conceptualization stage of FILMABEE, I've wanted to approach the Romanian Film Festival in Seattle to collaborate. I've been actively involved in my own community since 2011, but have come to realize that we must all band together around threads that weave a collective human experience. That's not to say we don't celebrate our own cultures. It just means we actively focus on sharing these celebrations.

The Bulgarian community came in big numbers to the premiere of "There" at the Festival. I'm sure they will come again. We just can't give up and have to make sure the Festival happens again in 2020. 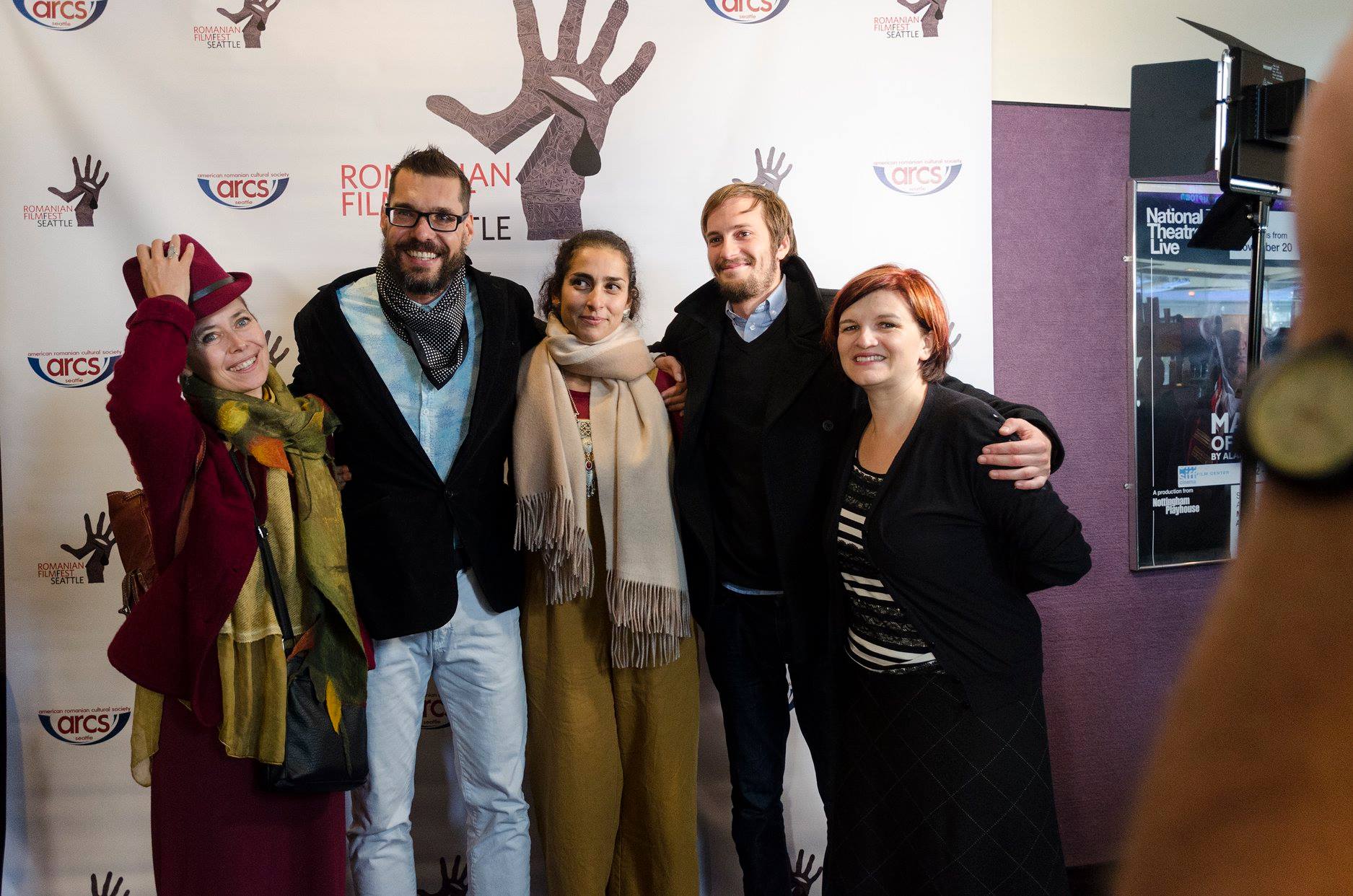 O.B. Do you see this partnership evolve into an even more inclusive project with other East European communities joining you? Back in Europe, at least in Romania, we grew up ignoring what our neighbors were doing, most likely rejecting the pressure to be part of a monolithic identity, the so-called „Eastern Bloc”.

B.D. Yes, the bee is all inclusive. I imagine our love for film and culture will bring around like minded community leaders. However, the hive requires collaboration and a common purpose that reaches beyond the spotlight of being on one kind of a community. The purpose of giving to others is the highest purpose to fulfill here on Earth. It is the purpose that unites us all.

O.B. When you presented your documentary „There” at the Romanian Film Festival, many viewers from the Romanian community identified with your story. Is it because we share the same cultural ethos and Romania went through a similar wave of immigration that dried out the country’s resources, or is there more to it?

B.D. There is the shared destiny of the migrant. But the film also explores the themes of forgiveness and love, and dives into a philosophical discourse. People from as far as Japan and China love it, as well as Americans who ask me, "Are all Bulgarians so deep and spiritual like the people you filmed?" 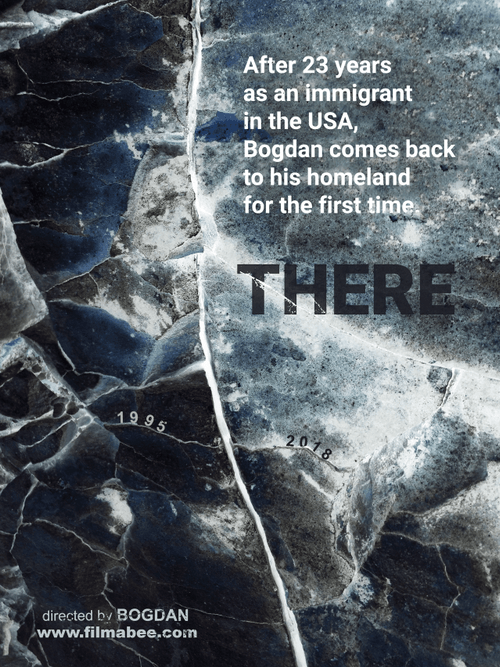 O.B. What were you looking for and what have you found in your native country when you returned after 23 years of being in the US?

B.D. I went without expectations and was gifted the most beautiful revelation of an experience. My shepherd's flute teacher invited me to play with him in an outdoor concert at the seaside. Over 300 people in the audience were gathered to honor our folklore. He asked me to say a few words. I looked at all of those faces - old, young and younger still, and realized that all those years I didn't miss Bulgaria as a territory; I missed her children - the people.

O.B. Your father is a central figure in this quest for what you lost in your fatherland, as is your paternal grandfather. There is a powerful moment when you tell your father about a vision where you go into your grandfather’s tomb, you lie down next to his lifeless body and ask him “Have you ever told your son that you loved him?” Can you comment on this transgenerational broken chain of communication?

I don't know if it's a broken chain of communication or just an evolution of communication. In the end, it's about practicing understanding. And when you set a goal to try to understand the other, then you expand, and with you, the world blossoms. Filmmaking is perhaps here to help us in this evolutionary step.

O.B. On the plane going back to Bulgaria, after 23 years of exile, you wrote a poem that you quote at the end of your documentary. It begins with “I return to Death/to my homeland.” Can you share it and tell us about the use of poetry in your film? Poetry has become an increasingly hermetic art nowadays, considering our digitalized lifestyle reduced our capacity to focus more than eight seconds, as some studies say.

B.D. The use of poetry happened by chance, but my love for mixing poetry and visuals was born after seeing Tarkovsky's film "The Mirror." The Russian voice reading poetry to the documentary footage of soldiers hypnotized me, and to this day this movie inspires my work.  As for "There," people responded very favorably to the three poems which the poet reads in his own voice. His lyrical voice is perhaps a big part of why audiences fall in love with the poems. Americans love the English translation, which only brings me joy and hope that we can translate the entire poetry book. 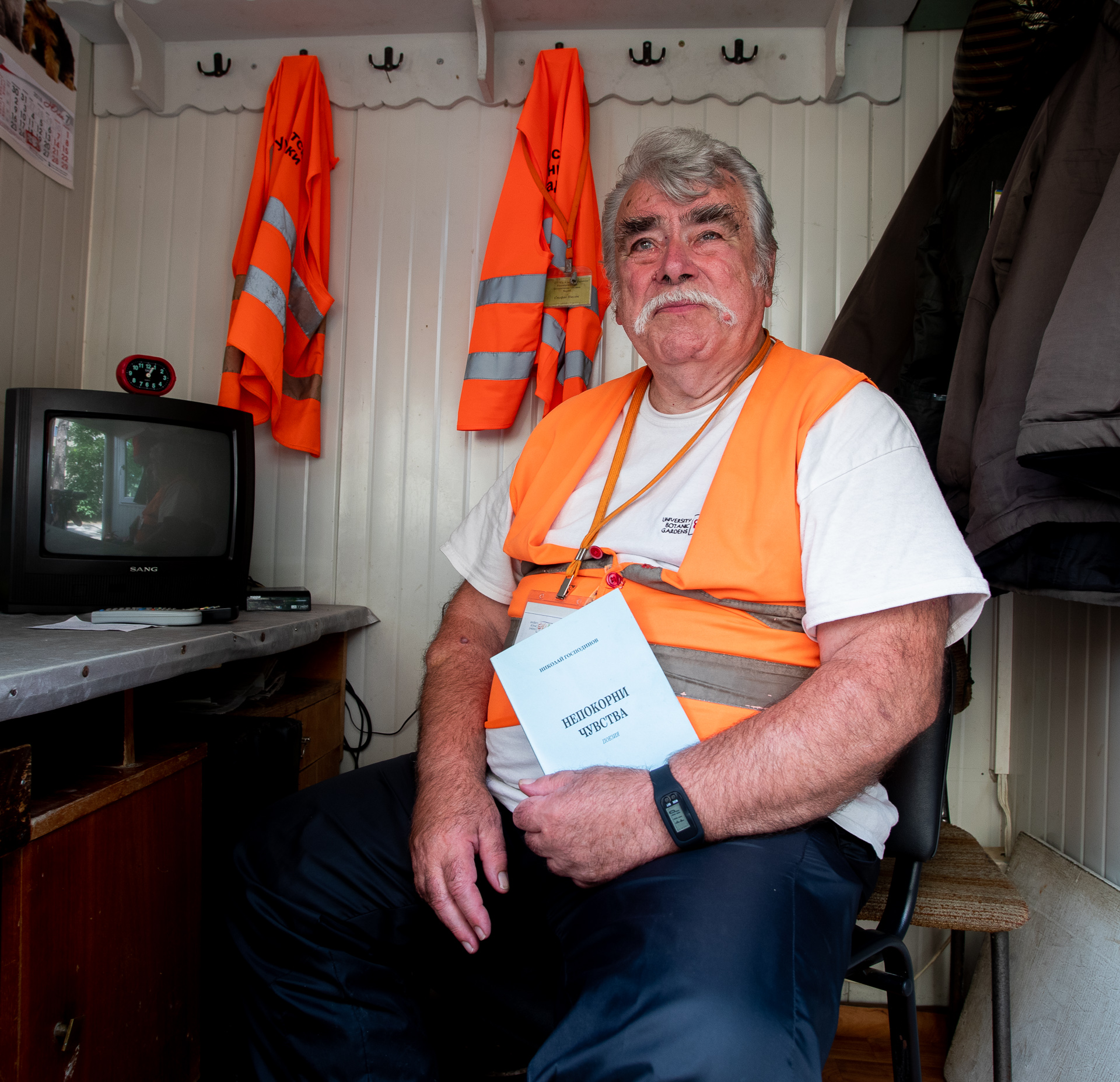 I shared this poem with my sister and mother over a Skype meeting I recorded, and that's how it made it into the movie. It was shocking that it was written on the flight THERE, 23 years in the making, and it beautifully foreshadowed the inner journey.

O.B. Besides poetry, music is central in all your films, from “This Baba”, to “There” and the documentary you currently work on, “Kaval Park”. I have seen you many times playing the shepherd flute in Ravenna Park. Can you tell us about the role of music in your life and films?

B.D. As a child in Bulgaria, I had three or four piano lessons before poverty forced us to sell the piano. Then, I started to play the shepherd's flute at age 36. By then I had convinced myself I could never learn music because I'm starting so late. Just a few years later my mind is so much more musical than before, it's hard to believe. To play an instrument is one of the greatest gifts you can give to yourself and the world. Perhaps we can encourage children to be creators of music, rather than just consumers of it. 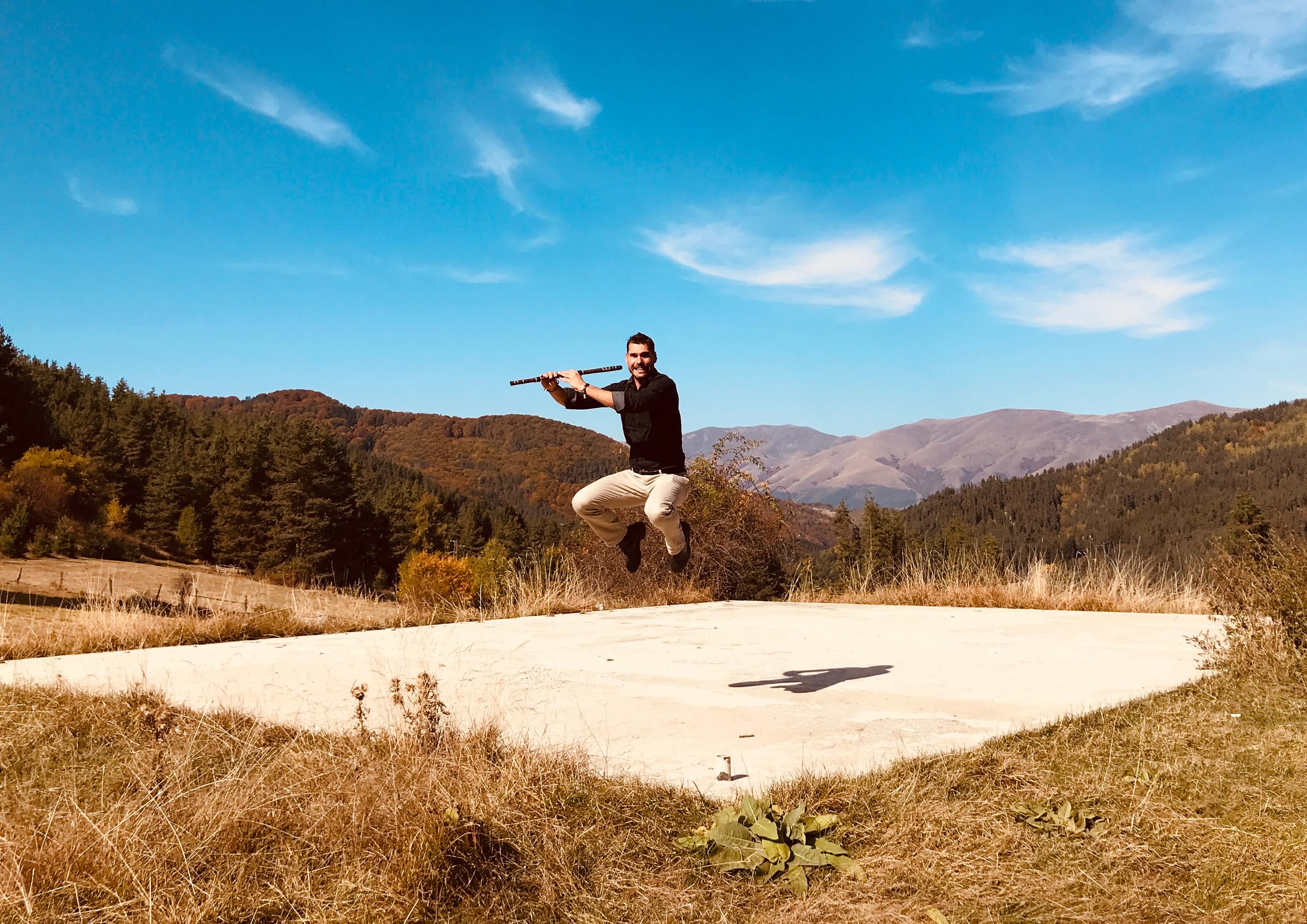 O.B. What changes do you wish to see in this world, in the aftermath of the COVID crisis?

B.D. The crisis has been here for some decades now. The masks we are forced to wear now point to the invisible masks we have been wearing all along. The same masks fitted on us by our parents, institutions, heritage and society wishing the best for us. But what remains when we take the mask of nationalism off? What happens when a democrat takes off the mask? A republican? A white man? A black female?

It's time we take off our masks. And it will hurt because we believe those masks to be us. So, metaphorically speaking, humanity could benefit from the shedding of masks. Have you noticed how wearing a mask is now directing us to look at each other via the spiral of the eyes? The moving distraction of the mouth has been covered. Time to gaze into those eyes across. To explore. To connect. To be present.

1. Sold out San Francisco theater with standing room only for the screening of "There."

3. Bogdan after the screening of There at the Romanian Film Festival Seattle in 2018, with his wife Maryia Apostolova, Daniela Ivanova, Micah Knapp and Otilia Baraboi.

5.The poet Nikolay Gospodinov featured in "There."

6. Bogdan with his flute in Bulgaria at one of the stages of Koprivshtitsa where he hopes to premiere his film "Kaval Park" in 2021.