Stay Tuned for the Virtual Launch of ARCS Detroit 2022 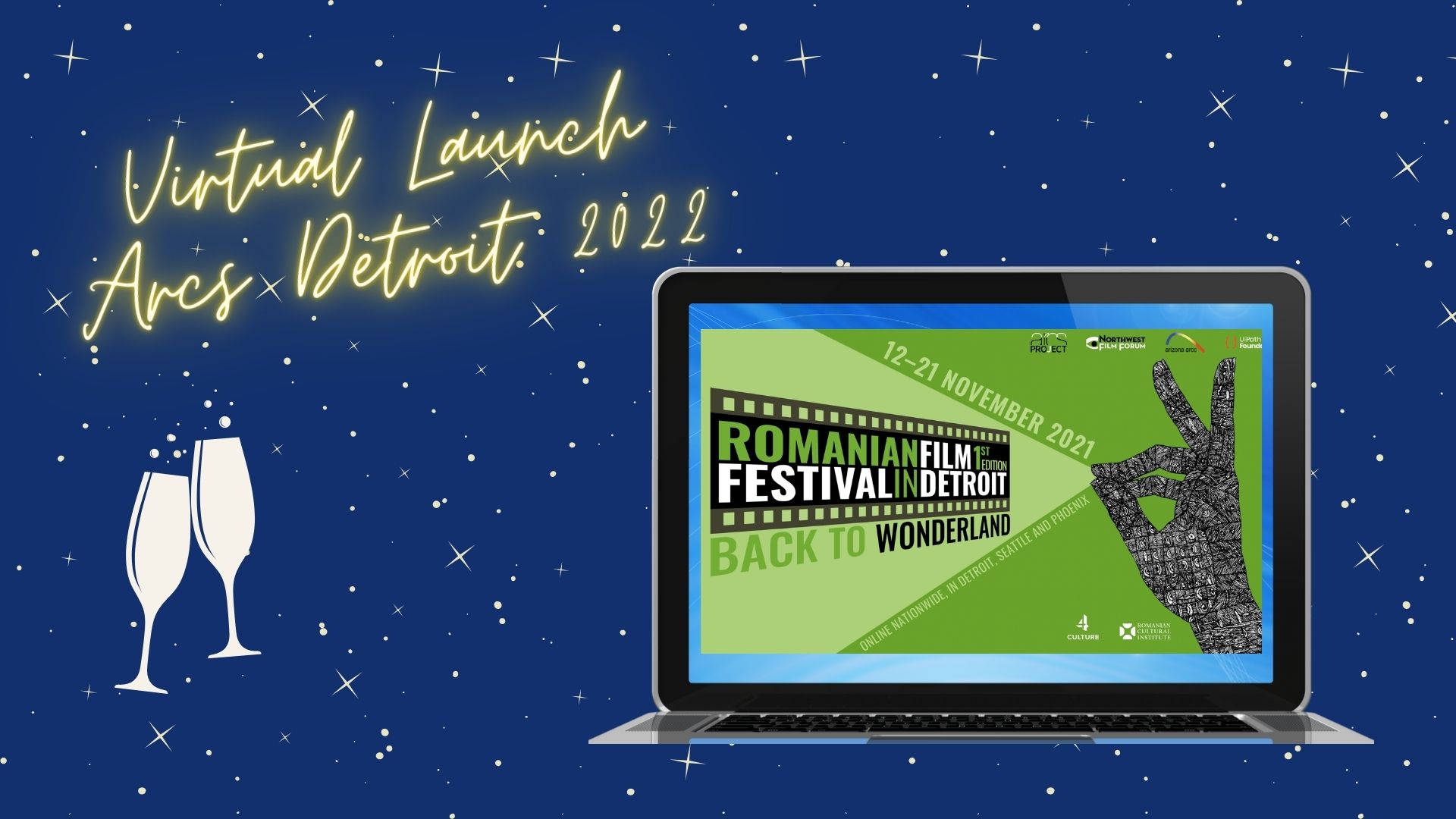 Stay tuned for the official virtual launch of ARCS Detroit. We are now working on our website to accommodate new branches.

We are thrilled to announce that our vision for excellency in Romanian heritage language education, film, arts and culture programming, community-building events and cross-cultural dialogue is now growing roots in Detroit. Stay tuned for more details about the wonderful team that is currently working to create a chapter of ARCS. 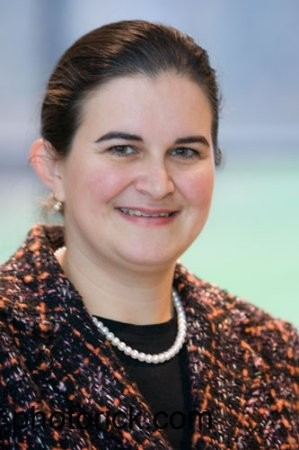 Andreea Diana Bordeianu started her journey in global education in Iasi, Romania, where she was born, raised, educated at “Alexandru Ioan Cuza” University of Iași, where she also taught as an assistant lecturer, prior to emigrating to the USA, back in 1997. Her passion for research and education did not stop there and continued across the ocean, in her new country, where she worked as an elementary teacher at the Roeper School while completing her MA in Counseling, then as a guidance counselor at the Manoogian School, working with preK-12 students. She continued her Education Specialist degree and started working in 2006 with college students, as a professional academic adviser and part-time instructor. At Oakland University, Rochester Michigan, where she graduated with her Ph.D. in Educational Leadership, she coordinated and led collaborative projects with surrounding schools focused on issues in local and global communities. Her dissertation focused on exploration of global competencies which led her to participate in the Global Education Thinktank program at Harvard Graduate School of Education. Being passionate about bi-literacy and for the past five years served as a Vice-President for the Escuela Avancemos School Board in Detroit with the mission to implement programs with full immersion in both Spanish and English languages and promote the “Seal of Biliteracy” in Michigan. Romanian heritage preservation is part of her blood and passing on the valuable lessons learned from knowing your own culture and roots in making sense of the present and building the future. Many years back, she taught the preschool and young elementary group of children at The Romanian School, in Troy Michigan, under the American Romanian Cultural Center (organization was dissolved) with Carmen Bordea, who currently leads the Digital Literacy and Learning Program with the Office of Global Michigan. Dr. Bordeianu is a big supporter of the American Romanians at the Great Lakes group, planned book launches, cultural events and gathered the forces in the most recent international virtual book launch of the book Romanian Canadians History 1920 - 2020 written by Stefan Strajeri, co-founder of ARCS Detroit.

The news about the ARCS Seattle’s vision for expansion and spreading the word of their mission “to create social change through film, art and education, with a focus on Romanian heritage” was welcomed by Dr. Bordeianu and ARCS Detroit co-founders, who are all excited about this great opportunity for partnership and collaboration. 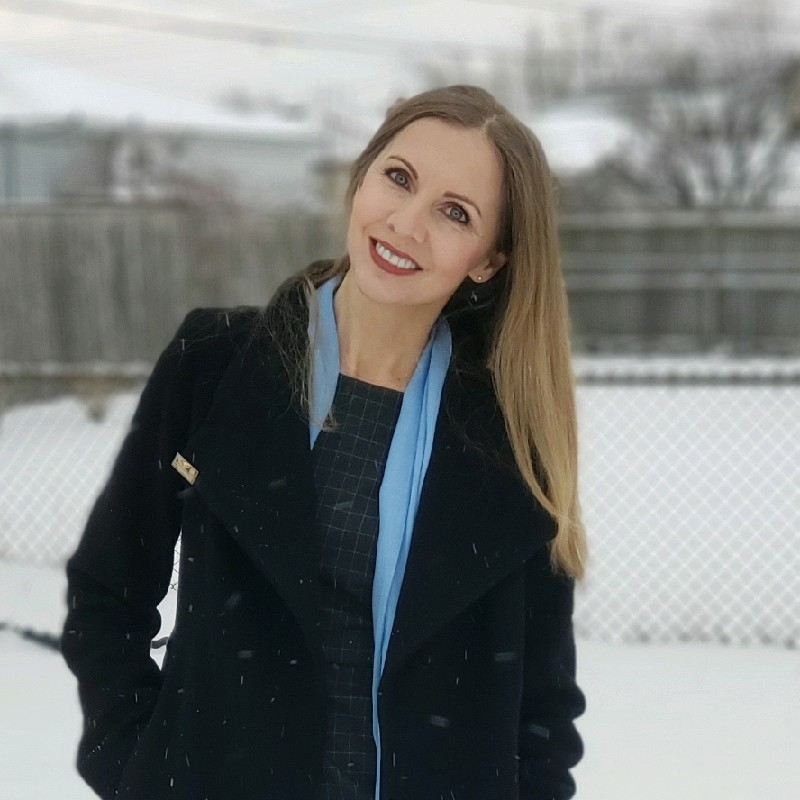 Carmen Dandu Bordea was born and raised in Bicaz-Chei, Romania. Fascinated by written words from an early age, she became an avid reader at just 4 years old. Her parents and grandparents played a major role in her education, spiritual and cultural values, and in keeping her heart and intentions centered on loving others. After high school, Carmen moved to the capital where she attended the University of Bucharest, pursuing a dual degree in Romanian language and Theology. After graduating, she returned to her Transylvanian homeland and became a teacher at the same school she had attended just a few years before. In 1998, she and her husband moved to Detroit, Michigan where she became active in the local Romanian community. Committed to preserving the Romanian language and culture, she joined Dr. Andreea Bordeianu and taught children at The Romanian School in Troy Michigan. Carmen continues to work with the young Romanian generation teaching at a local church, and volunteering in the community along with her husband Mihai and daughter Miruna. Her passion for people and education led her to social services in the nonprofit sector and she has been working with refugees and immigrants for most of her career. A lifelong student, Carmen continued her education by attaining the Teacher of English to Speakers of Other Languages (TESOL), Board of Immigration Appeal (BIA) certificates, and most recently she earned a Certificate of Nonprofit Management from Oakland University. Currently, she leads the Digital Literacy and Learning Program for the Office of Global Michigan. Carmen’s aspiration is to imbed the love for Romanian language and culture into the younger Romanian-American generations and to raise awareness of the great social and cultural impact that Romania and Romanians have on the world. 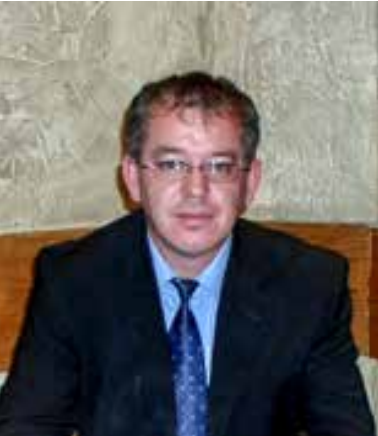 Ştefan Străjeri was born in Pojorâta, jud. Suceava, in the beautiful and bucolic Bucovina. Between 1991 and 1996, he went to college to study at the Science of Economics and Finance School, at the “Alexandru Ioan Cuza” University of Iaşi and in 2002 he graduated with his masters degree specialization in “Auditing and Accounting Management”. Back home, in Romania, he worked as chief accountant for SC. Service Automobile Dacia SA, in Câmpulung Moldovenesc, from 1998 to 2000 and returned to his Alma Mater in Iasi, as the Director Administrative Operations at the Law School, “Al.I.Cuza'' University, where he had been active until his journey began in the USA. Stefan and his wife established themselves in Michigan, USA being in close contact with the large Romanian community existing in the area. Since 2003, he has been involved in the Romanian Diaspora media and journalism life, by taking over the leadership of Curentul Internaţional. Always present with great enthusiasm to most local Romanian-Americans events, celebrations and cultural activities, the idea to start a celebration of the Romanian National Day on December 1st, came to life in 2008. Since then, Michiganders have celebrated this day with great pride and honor, by bringing forth their best in preserving Romanian traditions and heritage. In 2006, he received the excellence award in promoting Romanian values from the radio station Basarabia’s Voice (Vocea Basarabiei), Republic of Moldova. He was part of the founding members of the Romanian American Society “Avram Iancu” in Detroit, one of the first journalists founders of the North American Romanian Press Association (NARPA) and also part of the team that put together the base of the American Romanian Cultural Center. In 2011 he was part of the founding members of Romanians Forum from Everywhere, the beginnings of which started at Câmpul Românesc in Hamilton, Canada. In the same year, he received a certificate of appreciation at the Romanian American Celebrities Gala, at an event organized by the Romanian Honorary Consulate in Las Vegas, together with the TVR International post. He is the author of two publications, the first one in 2014, Românii americani de la Marile Lacuri (Romanian Americans from the Great Lakes) and the second one in 2020, during the pandemic times, Istoria Romanilor Canadieni 1890 - 2020 (Romanian Canadians History 1890 - 2020), both published by Editura Amarol, București. In 2014, he received the distinguished title of “Honorable Citizen of Pojorâta”, his birth place, where his parents live.