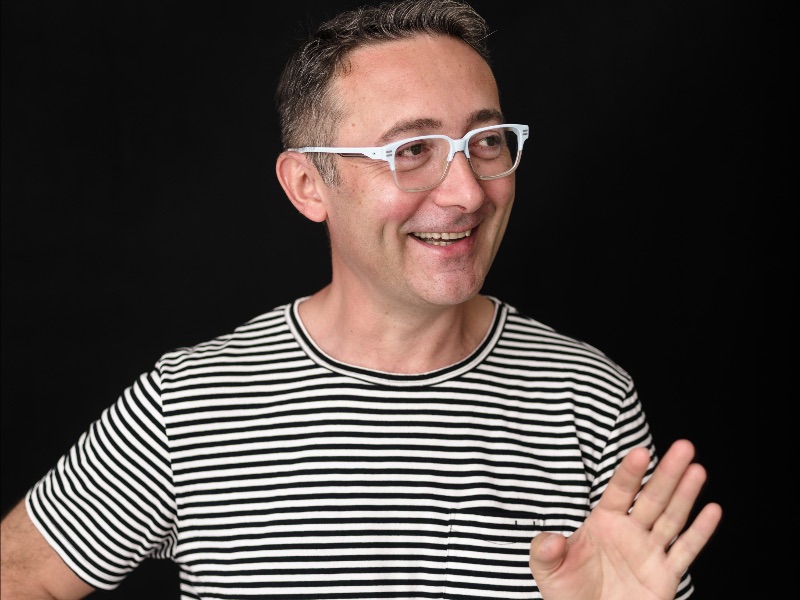 Tudor Giurgiu is a prominent Romanian filmmaker, screenwriter and producer. He owns Librafilm, an independent production company, and is the founder of Transilvania International Film Festival (TIFF), the most prestigious film-related event in Romania, considered by Indiewire as one of the “world's top 50 leading film festivals”. He directed and produced music videos, documentaries, shorts and full-length films presented at numerous film festivals worldwide. His feature movies include Love Sick (Berlinale, 2006-Panorama) and Of Snails and Men (Romanian box office hit in 2012), Why Me? (2016) and Parking (2019).

Tudor Giurgiu was interviwed for Stories OFF The Wall: Quarantine Writings and Interviews by Otilia Baraboi

OB: What is your daily routine these days? What is the highlight of your life in quarantine? 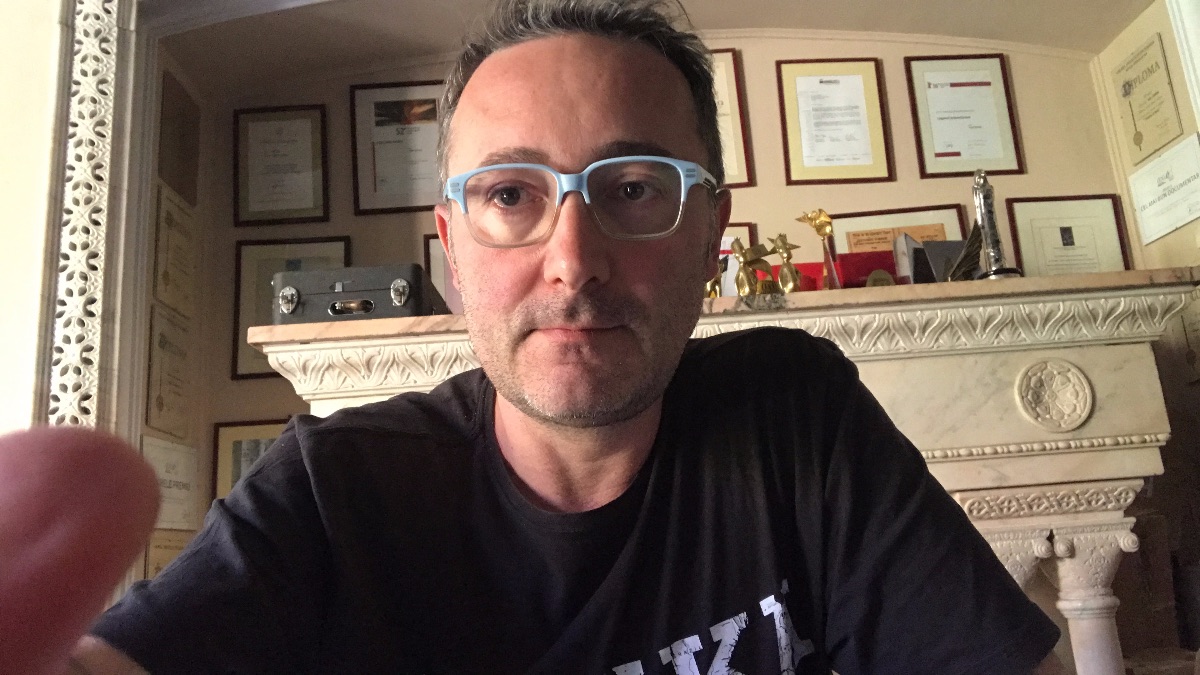 TG: Working on my next script. Lots of Zoom meetings – I hate them… Policy making. Absolute highlight was my debut in the cooking world. I’m a good learner and hope for other quarantines to prove my talent here.

OB: Name three things that have become essential for you now. 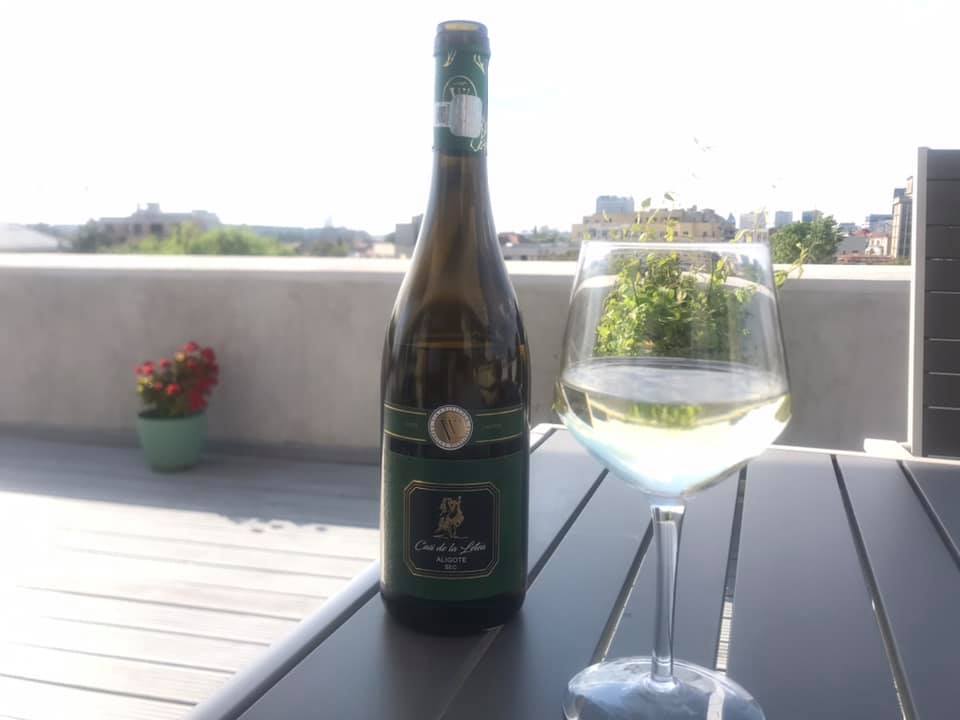 OB: There seems to be a synchronized spike in the creativity of artists worldwide. Have you been inspired by the current restrictions on our freedom of movement to write a new script or create a new project?

TG: Not at all. These restrictions didn’t inspire me at all. I had to write the outline of my next project. I had a hard deadline, so there was no choice other than dedicate lots of time to research and writing.

OB: In all your three films presented at the Romanian Film Festival in Seattle (Of Snails and Men, Why Me? and Parking) the male protagonists embody a certain innocence, a charming naiveté coinciding with strong, vertical ethics allowing them to stand against corruption and economic determinism. How much of this character feature is informed by your own biography and success story as a filmmaker and founder of Transilvania Film Festival (TIFF)? 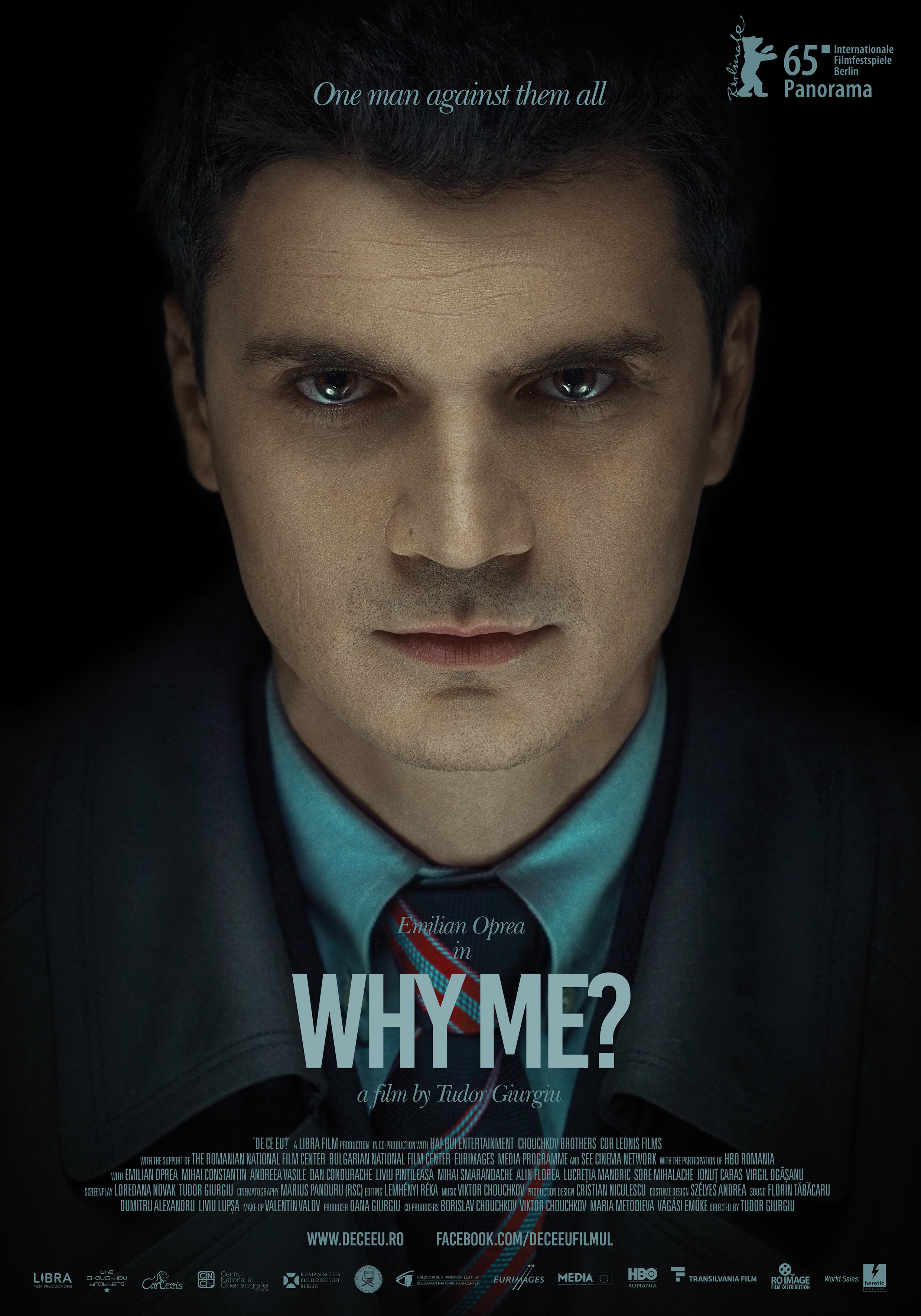 TG: Maybe I was always a bit naïve, innocent, and I thought I could change the world. I guess this attitude influenced my choice of stories and the films I made. Thank God, I reached maturity and now I can focus on different things.

OB: TIFF is one of the most important film-related events in Eastern Europe, taking place annually in May-June.  Beginning of April you were optimist and ready “to set alternative potential dates” for TIFF, according to Romania Journal. What are the chances now to hold the festival this year, and what restrictions would apply?

TG: We are still hoping for the 18th edition to take place in August. It’s going to be in a different setting, for sure, with less films and guests. No more sold-out screenings at full capacity, and outdoor venues will be filled just at half. 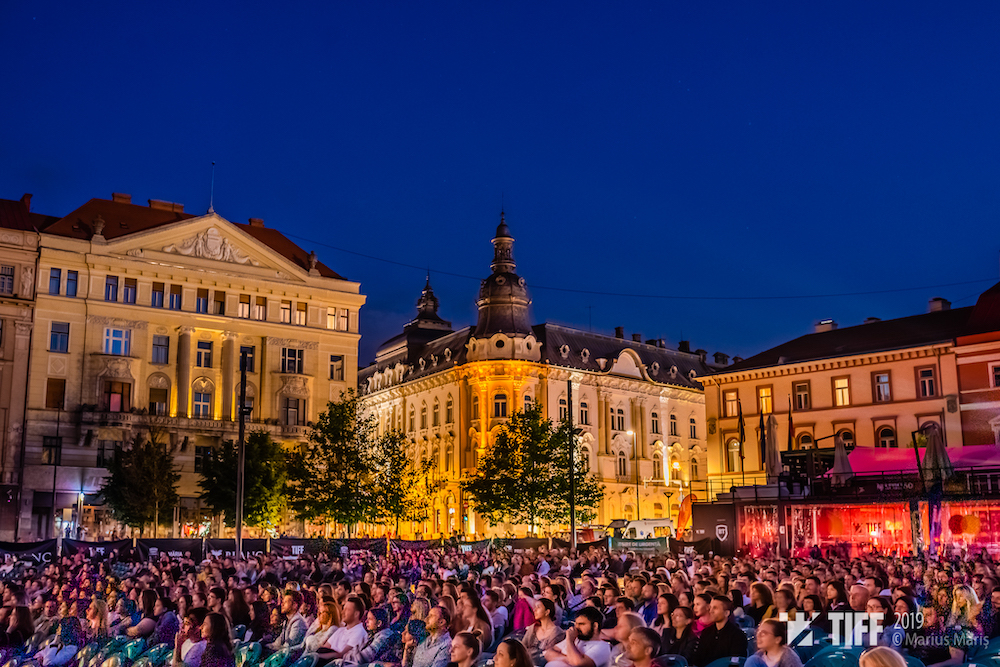 OB: You were among the first film festival managers in the world to see the lockdown as an opportunity to expand outside Romania and establish a streaming platform for your growing audience. Do you see TIFF Unlimited as a long-term project that will evolve in parallel with the annual film festival? How will it complement the mission and vision of Transilvania Film Festival?

TG: It will definitely complement the festival as we know it. We had in mind for a longtime to start this VOD platform for our great audience who was always in demand for a platform where they could see the best titles from the Festival’s history, but also recent great arthouse titles from all over the world. And it will give the chance, for many Romanians living in or outside the country, to see recent successful productions of Romanian cinema.

TG: We were not approached by the organizers, so we are not involved in this project, but I am very curious about the results. And how much it can be really global. I haven’t seen the film program yet, so cannot comment more about it.

OB: Here in Seattle we are witnessing the creative resilience with which local film organizations and festivals, such as NWFF and SIFF, are trying to fight the economic impact of the pandemic and keep their audience close with virtual screenings, cinema clubs, etc. Our own Romanian Film Festival is following their example. Nevertheless, it is very hard to keep local communities engaged and financially supportive when global mega film events such as “We Are One” are offering free and easily accessible programming on You Tube. What are your thoughts on the consequences of this unequal dynamic between global and local film festivals?

TG: It will always be like this. Today I read the news that MUBI, a great VOD platform, with handpicked arthouse titles is offering all its archive for free viewing. One cannot compete with such initiatives. And it’s too early to come up with conclusions about their efficiency and success.

OB: You visited Seattle twice, the first time as a student, and the second time as a special guest at the Romanian Film Festival in 2016. What is your most vivid memory of the place and our audience? 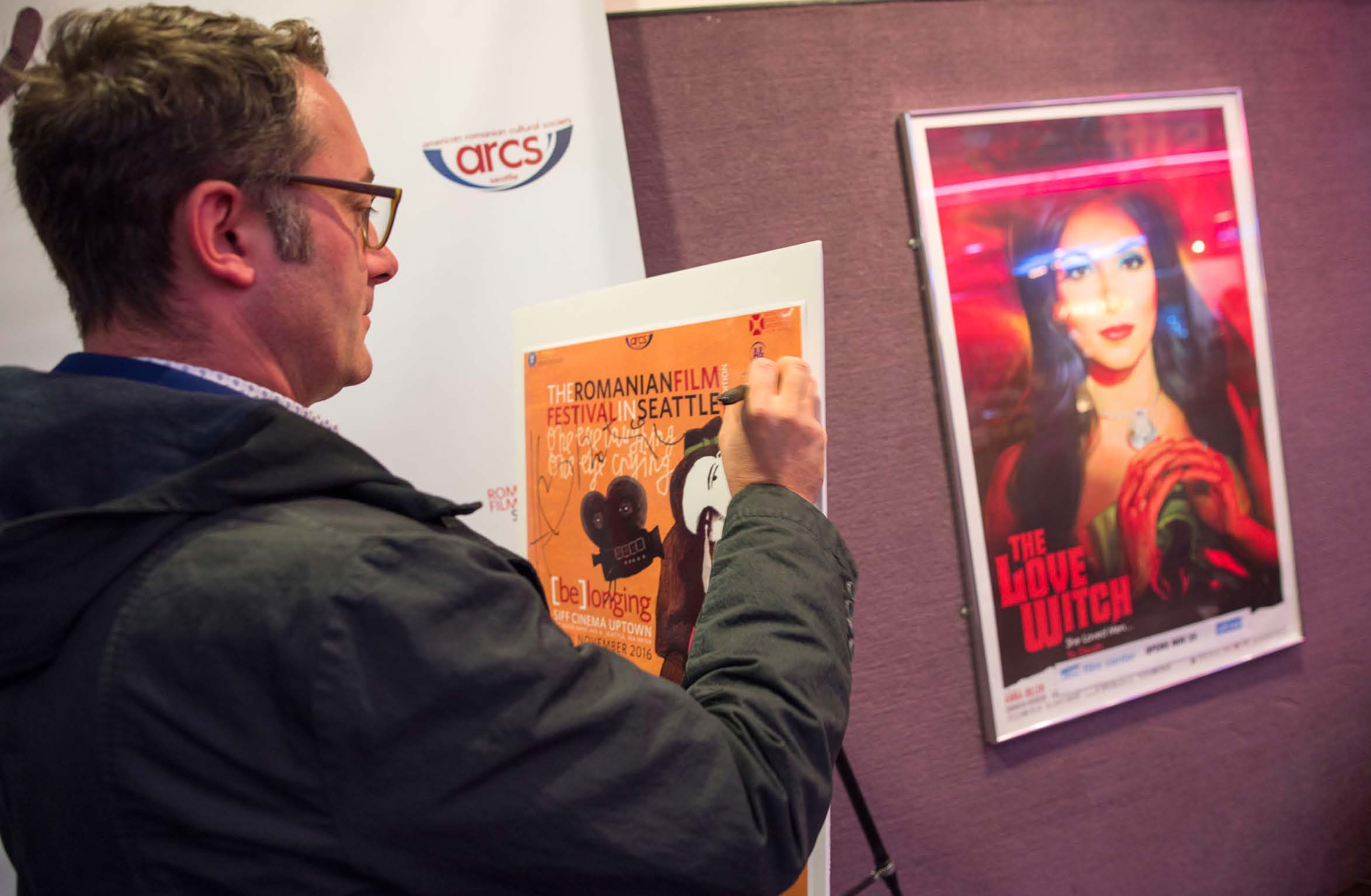 TG: I love Seattle, its surroundings, nature, everything. It changed a lot since my 1998 visit. Actually, when I came back for the Romanian Film Festival in 2016, it was kind of hard to rediscover the places where I had been first. The audience of the festival was great, it was such a joy to do the Q&A’s after the screenings. 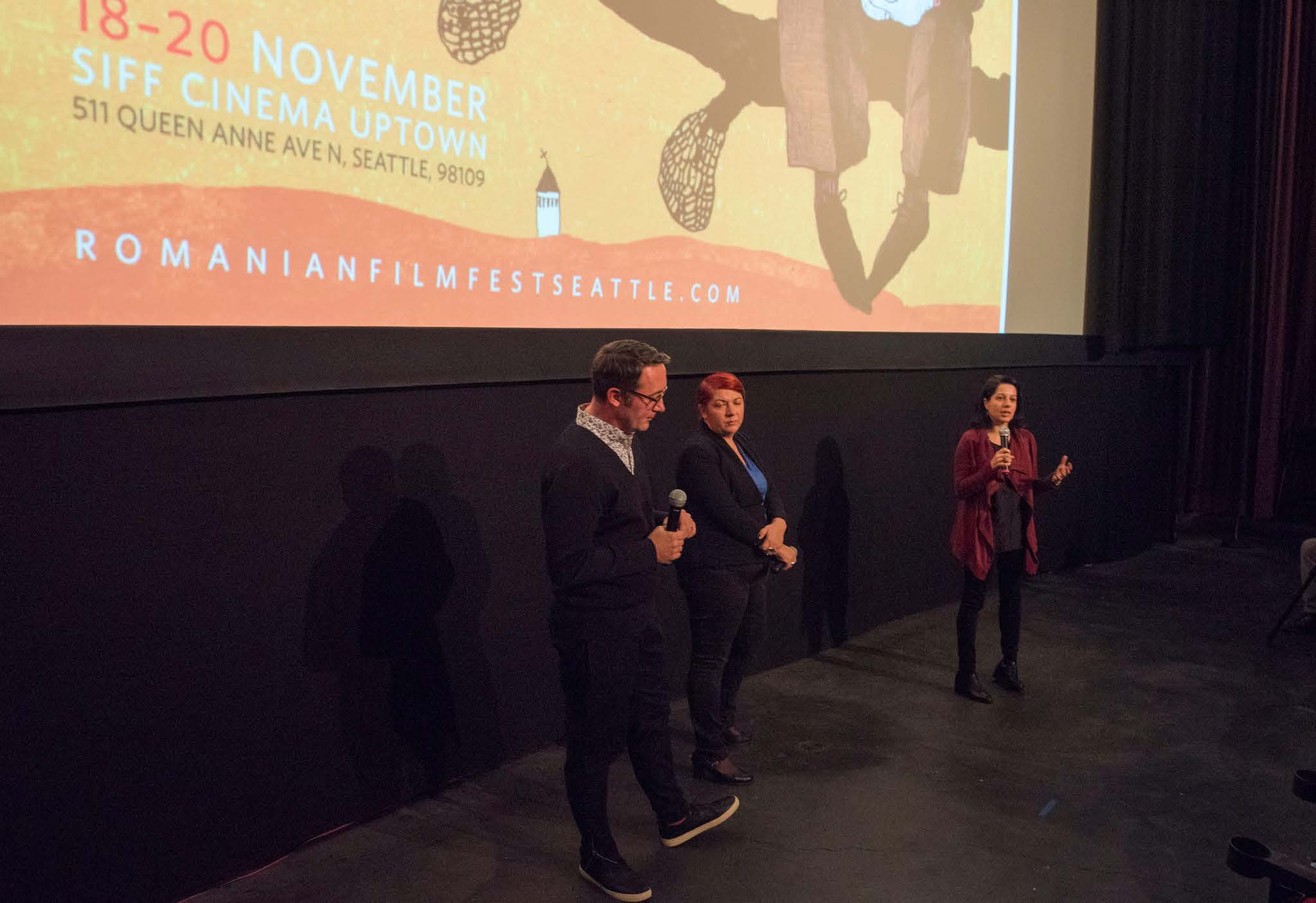 OB: What is your wish for all lovers of Romanian and international cinema in Seattle?