The Romanians: 30 Years of Cinema Revolution

We are proud to partner with Making Waves in NY, Northwest Film Forum and SIFF to bring you a retrospective of Romanian cinema that will be touring the US between November 2019-May 2020, starting with Film Forum New York and BAMPFA Berkeley CA.

Spanning the 30 years since the 1989 Romanian Revolution, this comprehensive showcase is curated by Making Waves and presents 30 representative titles from the recent history of Romanian cinema, among which we picked a selection of films that have never been screened in Seattle.

History is the running theme in most films. In the 1990s, directors who found themselves freed from the tyranny of censorship rushed out in the open to tell stories from the recent past. In the following two decades, younger directors went back in time on their own terms and came up with a fresh perspective on the communist era. Even when they chronicled the present in sharp slices of life, the dark shadows of the past still permeated their contemporary stories, like familiar ghosts. In 2005, a three hour-long black comedy about a dying man, The Death of Mr. Lăzărescu (dir. Cristi Puiu)  was part of the birth of an artistic revolution that ignited an ever-growing international interest in an outstanding generation of filmmakers. It also triggered the rediscovery of past highlights which offered a genealogy for what critics came to call the Romanian New Wave.

Newer films dig into the more distant though equally relevant past, and there is also escapism, mostly in genre formats. But despite its apparent diversity, this vast retrospective works best as a history lesson served in the most entertaining form: movies.

Visit The Romanians: 30 Years Of Cinema Revolution for more details about the entire program of the retrospective.

The Romanians: 30 Years of Cinema Revolution is organized by the Making Waves Film Festival and Cinema Projects. Produced by Corina Șuteu and Oana Radu, and curated by Mihai Chirilov, David Schwartz (Cinema Projects) and Corina Șuteu.

The U.S. Tour is made possible by the support of Adrian Ghenie, Șerban Savu and Galeria Plan B, Moebius Gallery, Alexandre Almajeanu and Gentica Foundation, Dacin Sara, and numerous individual donors.

This event was cancelled. We are now exploring the possibility of online screening. Thank you for your patience!

We hope our community will overcome these difficult times as soon as possible. STAY HEALTHY and protect the most vulnerable of us by keeping your social distance. 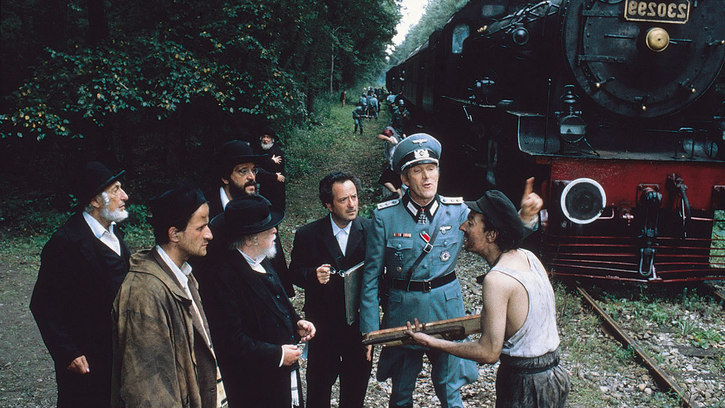 The village fool of a small Jewish community warns his townsfolk that the Nazis are coming and suggests that they build a train so they can escape by deporting themselves. Some villagers are chosen to act as the Germans who will transport the rest to a concentration camp when in fact they are heading to Palestine via Russia. Often compared to Life is Beautiful as they’re both essentially comedies with a Holocaust touch, Romanian-born Mihăileanu’s second feature is a subversively entertaining fable that succeeds in creating a story in which optimism and fantasy coexist with dark reality, complete with the most provocative yet reverent ending. A Sundance Audience Award winner.

In French and German with English subtitles 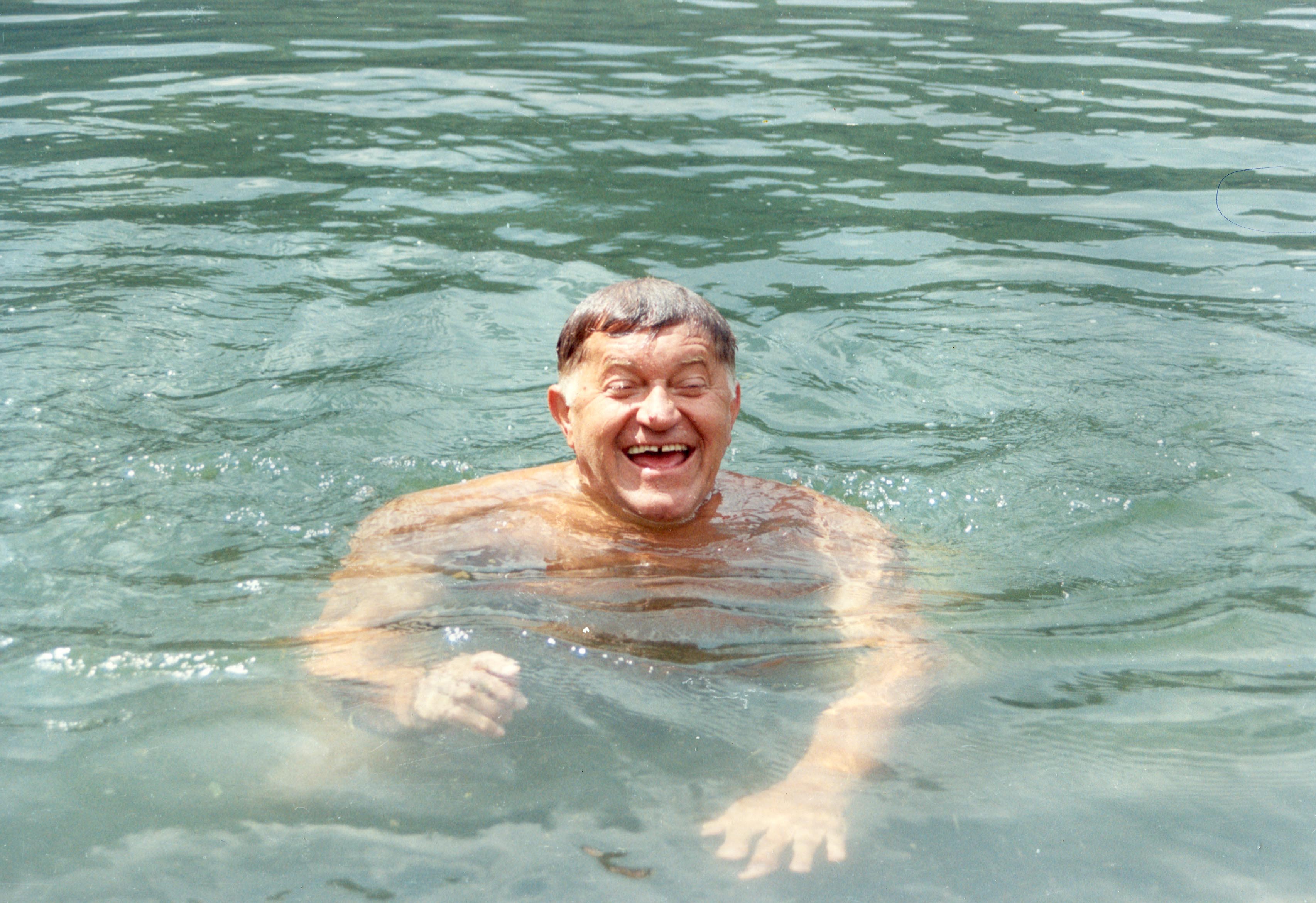 Senator Vîrtosu (Dorel Vișan) spends the weekend at a guesthouse formerly owned by the Communist Party, where in true Communist tradition, he’s presented with gifts from its employees and petitions from the local villagers. But his relaxing weekend is disrupted by a crew of Swiss journalists filming in the area. Vîrtosu cooperates with them, trying to make sure the reporters present his country favorably, while of course hiding certain details from them. This Cannes competition entry reframes Daneliuc’s 1980 The Cruise against the backdrop of a society in transition and adds apocalyptic and Dostoevskian accents to the depravity and penance of the main villain—the Communist Party activist turned member of a democratic parliament. Daneliuc’s film is a fierce political satire that thankfully doesn’t concern itself with delivering a positive image of Romania.

Romanian and French with English subtitles 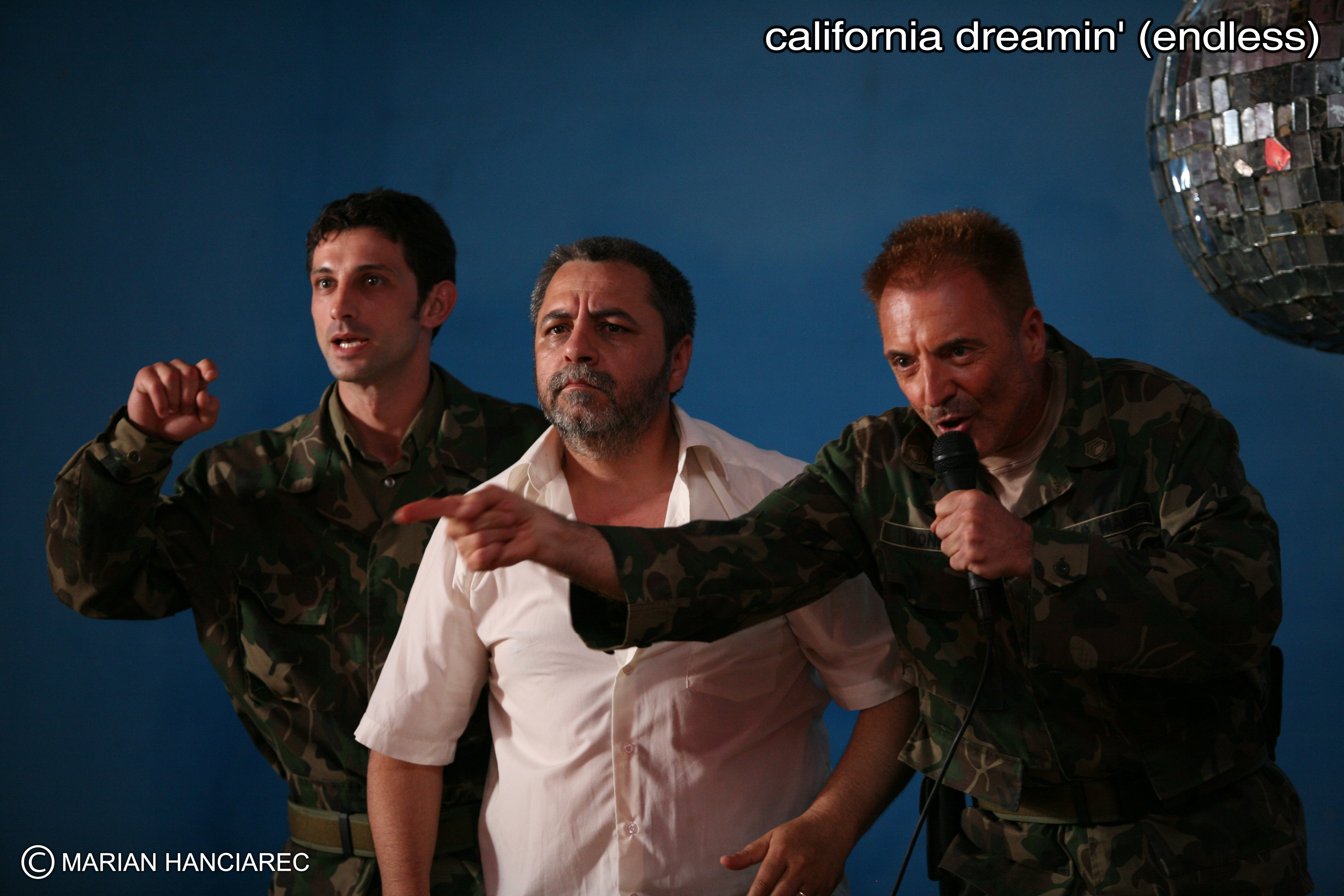 A NATO gun shipment supervised by an American officer that’s scheduled to cross Romania via train during the Kosovo war of the late 1990s is blocked by a stubborn rural station official who objects to the lack of accompanying documents. What follows is an epic farce of carnivalesque proportions, touching on cultural misunderstanding, corruption, vengeance, and the American dream. “Its themes are serious, but they are addressed with a playful exuberance,” wrote A.O. Scott in The New York Times back in 2007. Today, revisiting Nemescu’s posthumous debut feature one thing’s for sure: the film’s seduction and electrifying rock ’n’ roll vitality—far removed from the stripped-down realism of most of New Romanian Cinema’s big hits—remain unaltered.

Romanian and English with English subtitles 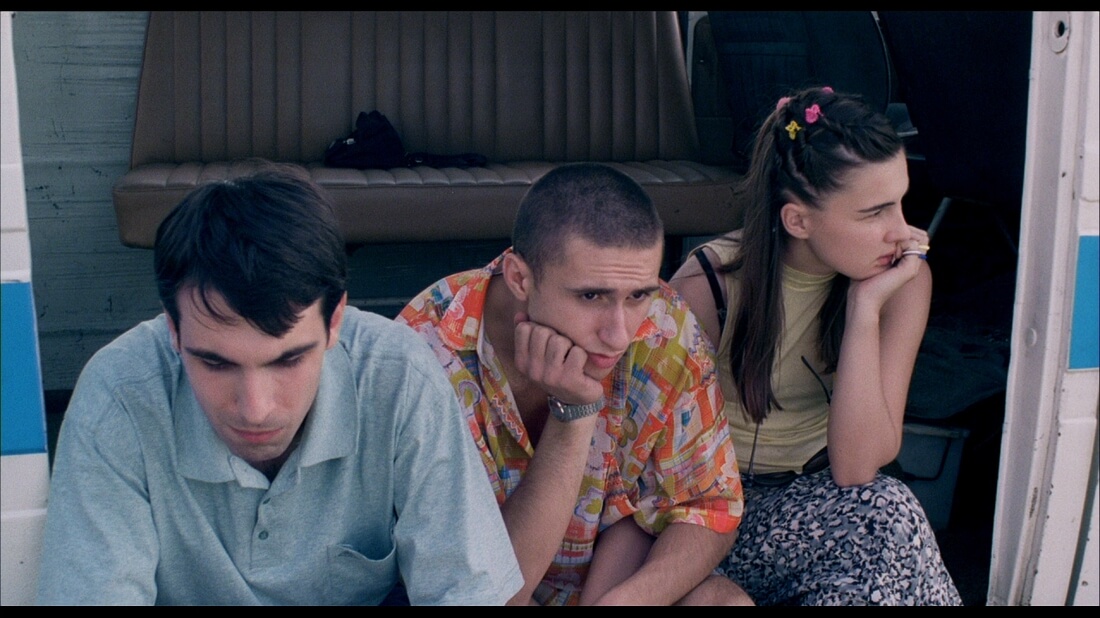 The “stuff” in this debut feature by The Death of Mr. Lăzărescu and Sieranevada director Cristi Puiu—one of the first examples of the post-Ceauşescu Romanian filmmaking renaissance—is a satchel full of black-market prescription drugs. The “dough” is 2,000 lei promised to small-town teen Ovidiu (Alexandru Papadopol) if he agrees to hand-carry the package to Bucharest on behalf of a local gangster (Răzvan Vasilescu). He does, inviting his slacker friend Vali (Dragoş Bucur) along for the ride, who in turn invites his apathetic girlfriend Bety (Ioana Flora). This unlikely trio then takes to the highway, and the hilariously deadpan road movie that results is a reminder that Puiu, who originally sought to become a painter, has cited a viewing of Jim Jarmusch’s Down by Law as a key event in his decision to pursue filmmaking. 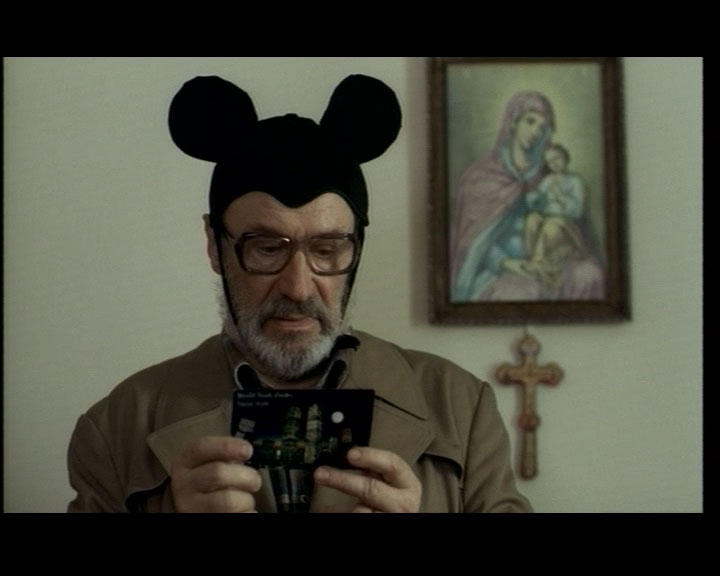 A very black comedy, Niki and Flo is about ill-suited neighbors united by marriage. Angela and her husband have decided to leave Romania for a better life in the United States. Niki, Angela’s father, who is also a former colonel in the Romanian army, is torn between his wish to see his daughter happy and his desire to have her close by; meanwhile Flo, the father of Niki’s son-in-law and a domestic tyrant of sorts, slowly exerts his control over Niki. The screenplay was written by Cristi Puiu and Răzvan Rădulescu, who collaborated also on Stuff and Dough and The Death of Mr. Lăzărescu.

“A mordant almost-comedy that represents a bridge — and also a battle — between the old Romania and the new […] its observant naturalism infused with a delicate, almost coy sense of the absurd” – A.O. Scott, The New York Times 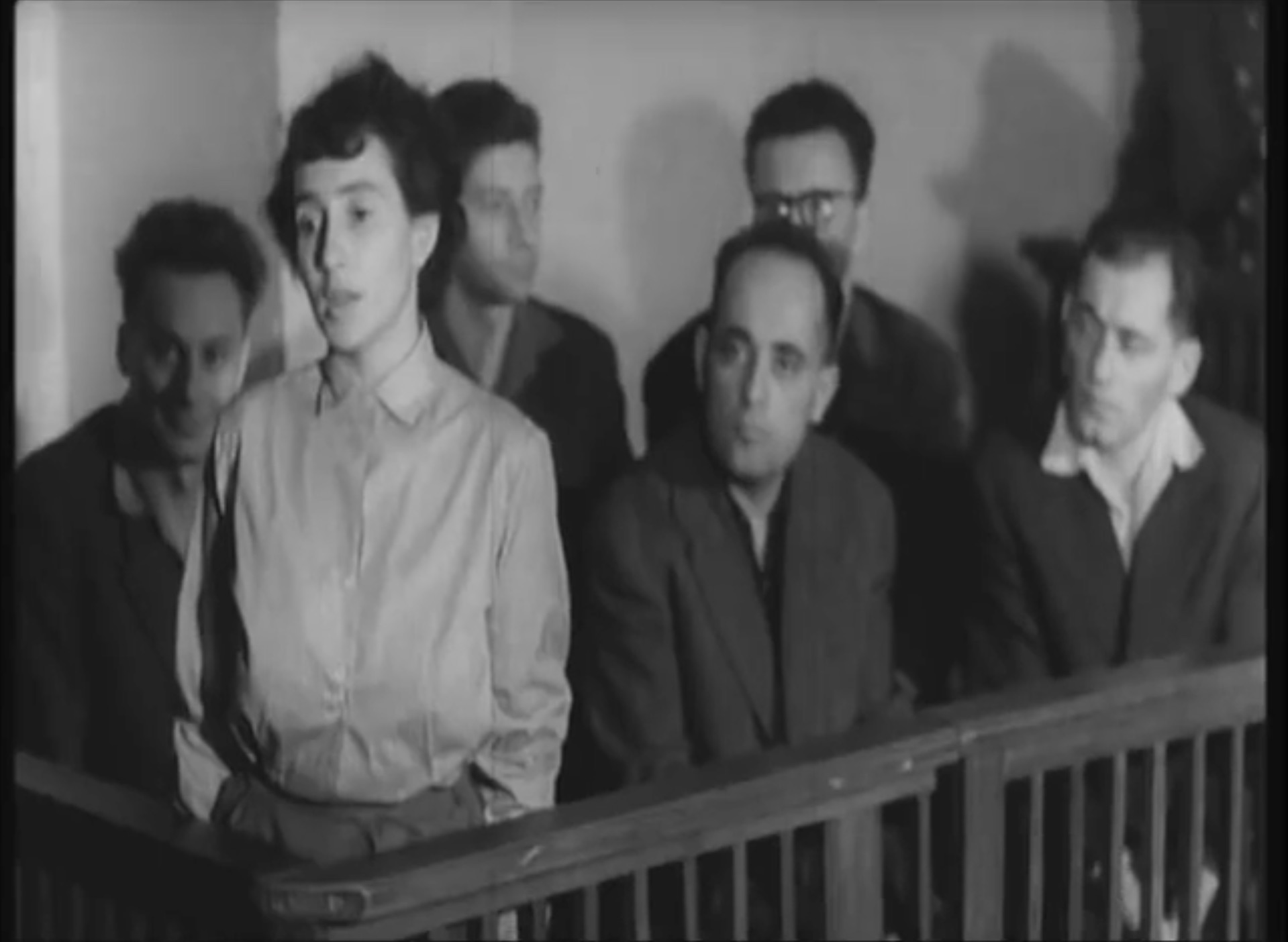 A strange robbery at the Romanian National Bank in 1959 triggered a massive police search. When the alleged burglars were caught and arrested, they reenacted their crime for a television film in which they played themselves. Although evidence suggests the criminals believed they would be spared the death sentence by appearing in the film, their reality was otherwise. Described by director Alexandru Solomon as a “political detective story,” this documentary investigates both a historical mystery and the transformation of history into film. 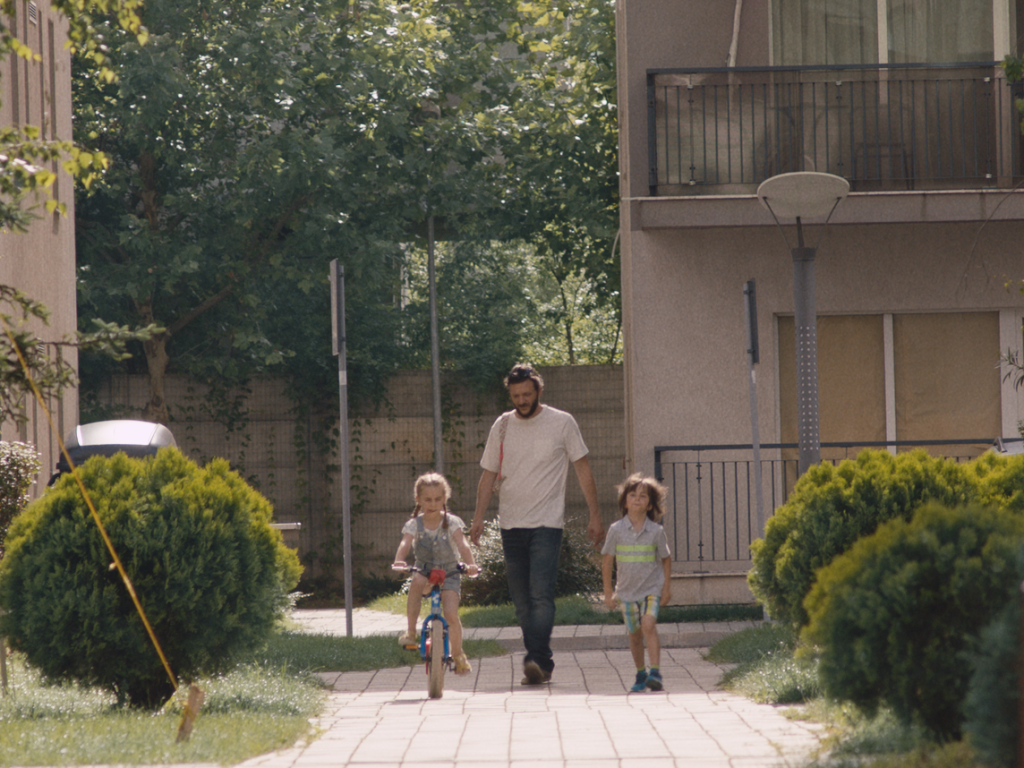 “This is muscular hard-art fare that… could propel Popescu into the upper ranks of his country’s auteurs.” – Variety

It is every loving parent’s worst nightmare: the devastating disappearance of a beloved child, and then their desperate struggle to stay sane while trying to save their marriage. The long scene in which the little girl goes missing in a park full of people is a movie in itself, masterfully staged by Constantin Popescu (Tales from the Golden Age), and challenges us to pinpoint the exact moment when everything goes wrong. It makes for intense viewing that is only more visceral thanks to Bogdan Dumitrache’s raw performance playing the father consumed with obsession and guilt. 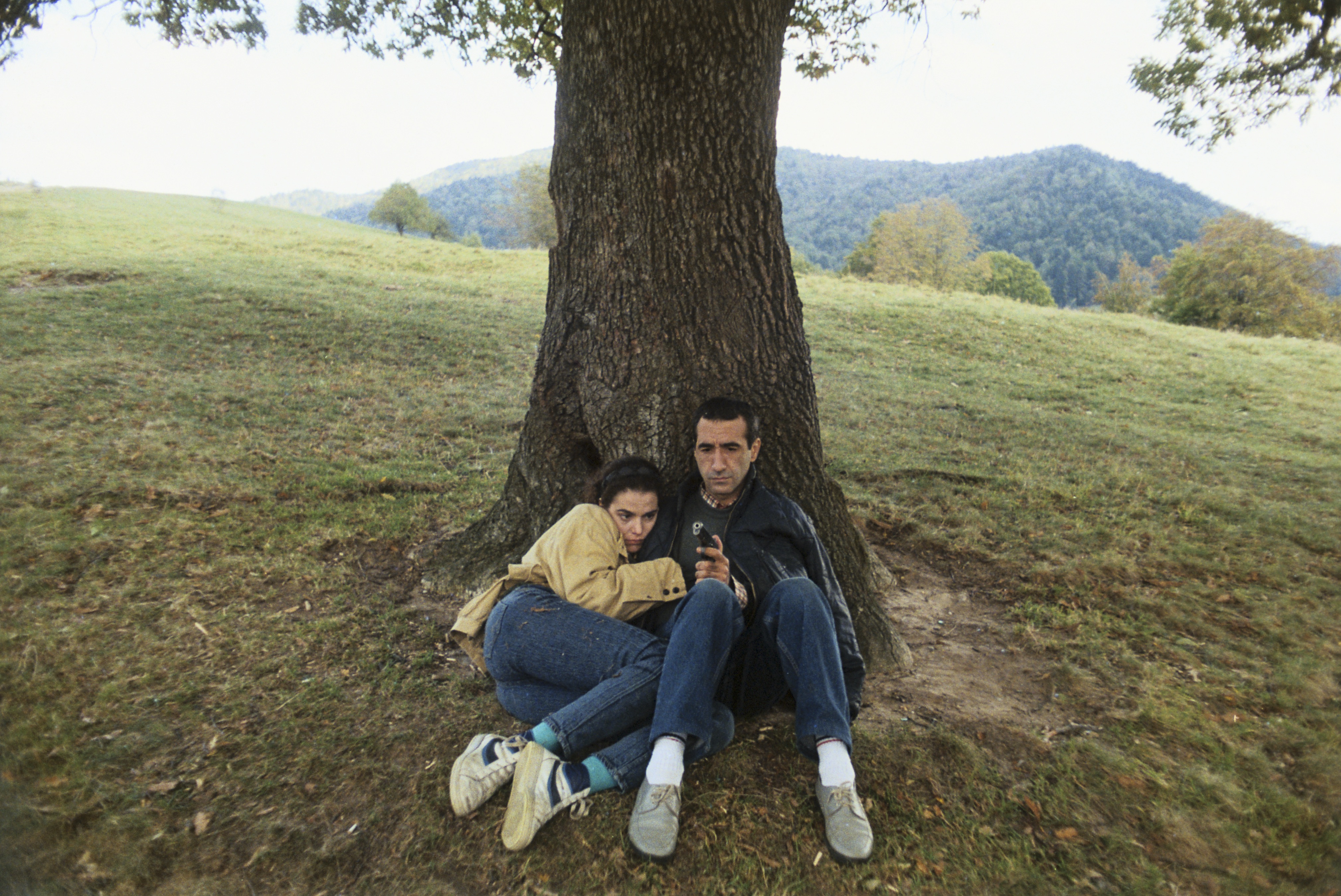 The Oak is an absorbing, complicated black comedy about Romania at the end of the Ceauşescu regime. A young schoolteacher named Nela embarks on a spiritual journey after the death of her father, a former government official, whose ashes she takes to toting in a coffee jar. On her wanderings through grotesque and often violent surroundings, she meets Mitică. The couple, like Tristan and Isolde at the gates of the Orient, cannot live out their love according to the rules. A series of events – floods, pollution, Mitică’s arrest, military maneuvers and massacres – split up our heroes, and reveal a context in which nothing works properly and everything seems to be falling apart.

“This film… is Mr. Pintilie’s reaction to the 1989 collapse of the Communist regime in his country and his expectations for the future. It begins as a nightmare and ends with a vague expectation of the break of day… Mr. Pintilie seems to suggest that there is still hope for Romania, though it’s not just around the corner.” – Vincent Canby, The New York Times

The new 4K restoration has been made with the support of Fundația9 Romania through the Lucian Pintilie Cinema Fund.

In Romanian with English Subtitles 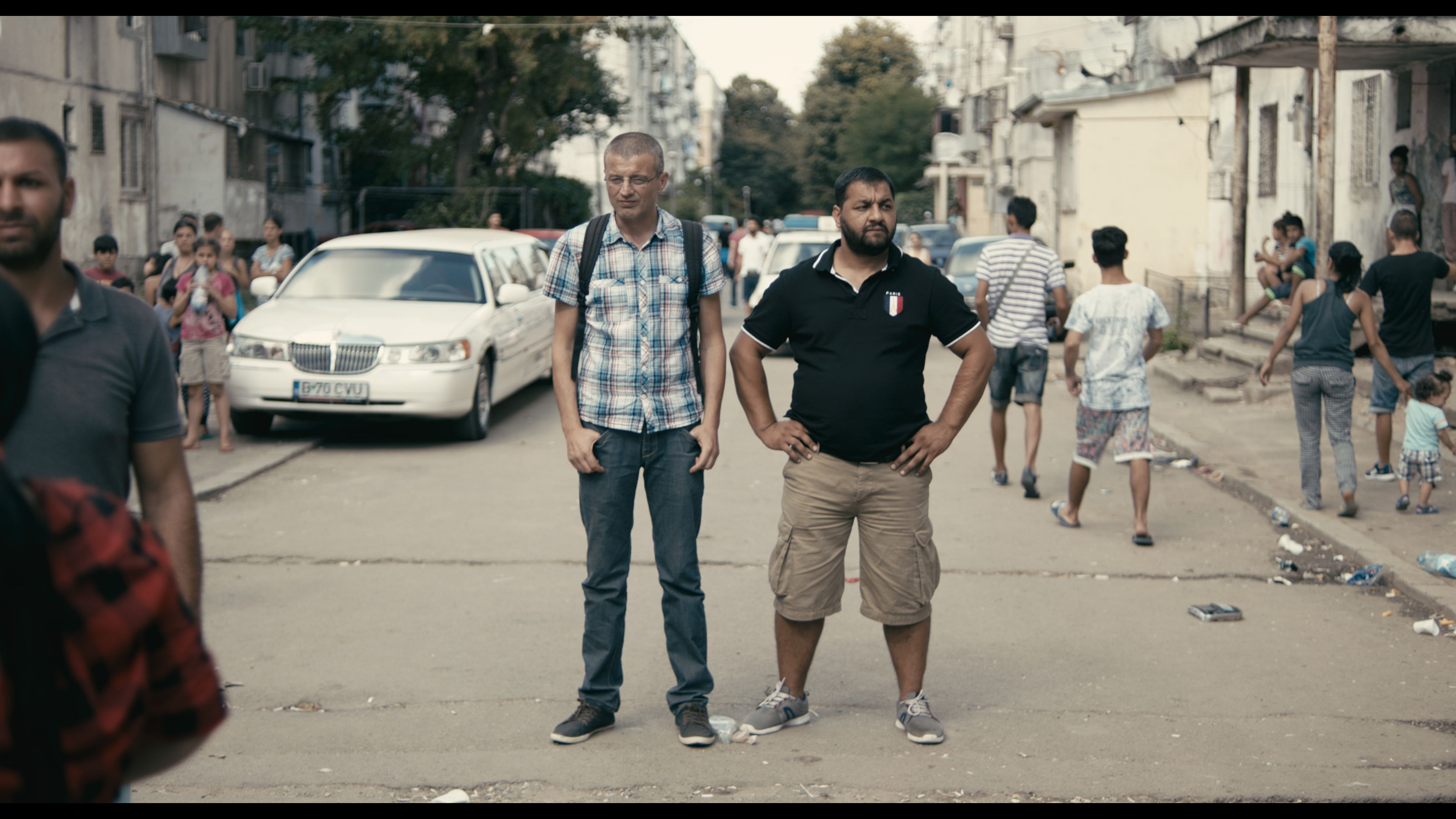 An unexpected romance blossoms between two men amid a ramshackle Bucharest neighborhood in this tender, offbeat love story. When Adi, an anthropologist researching regional pop music, meets Alberto, a burly Roma ex-con, the two lonely souls enter into a relationship that tests the societal and moral taboos of their community. Documentarian Ivana Mladenović brings a wonderfully loose-limbed, vérité naturalism to her auspicious narrative debut, based on the eponymous book written by Adrian Schiop who plays himself in the movie.

ARCS Summer Program - Romanian in the Sky and Outer Space